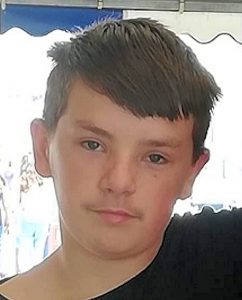 The force said that officers were concern for the welfare of Harvey Stone who went missing yesterday morning (Wednesday 7 October).

“Harvey left his home address in Peacehaven between 6am and 11am on Wednesday (7 October).

“He is known to have links to the Brighton, Eastbourne, Hastings and Worthing areas.

“He is white, 5ft 2in, of slim build and with short brown hair.

“He is thought to be wearing a tracksuit and grey Nike Vapour Max trainers.

“Police are concerned for Harvey’s welfare and urge anyone who knows where he is to get in touch.

“Anyone who sees Harvey or who has any information as to his whereabouts is asked to contact police online or by calling 101 quoting serial 472 of 07/10.”