A community group is rallying to save a once popular pub in Brighton from being turned into houses.

They want the former grassroots music venue, on the corner of Albion Street and Phoenix Place, to be declared an “asset of community value”.

The pub closed in 2010 after a series of noise complaints and has been empty ever since.

A developer, One Phoenix Place, applied to create “cluster flats”, effectively shared houses, with some wheelchair-accessible areas, and 28 “bed spaces” over four floors.

Brighton and Hove City Council turned down the planning application but the company has appealed against the refusal.

In response, Phoenix Estate residents started their “Save the Free Butt” campaign which included an online petition.

Community fundraiser Tina March said that the appeal felt like doomsday as they had to start their opposition again.

She would like to see a museum in the building showing the history of the pub, which dates back to the 18th century, as well as its musical heritage.

“Too many local pubs are disappearing. We don’t want to see it go. We want to use it for the community. We want to celebrate it not destroy it.

“All the different things we would like to do would benefit the community at large. What the developers are proposing doesn’t benefit anyone but their pockets.” 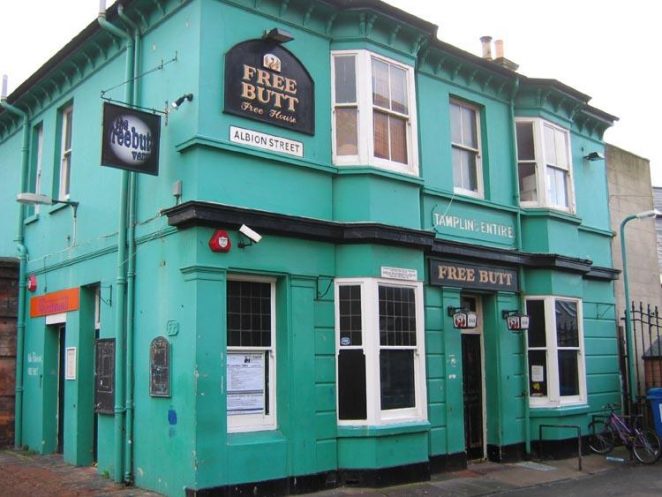 Phoenix Residents Association chair Sarah McCarthy is frustrated that developers can “leapfrog” a locally made decision and go to a national body with its appeal.

She said that she wanted an alternative that would be better for the community than tiny rooms with limited communal space – one of the grounds for refusing the planning application.

Ms McCarthy said that it would take a lot of effort to raise the money to bring the pub back into community use – and this could only happen if the developer was prepared to sell.

She said: “We would have to go into partnership with other community groups who, like us, are food hubs.

“We are aware there is a problem with food storage in Brighton generally for lots of community groups. That’s a potential angle.

“The main point is the community will make the decisions, rather than people who see it as a money-making exercise.” 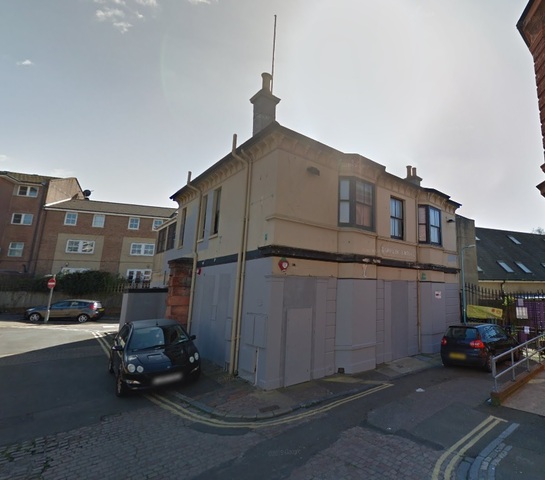 The old Free Butt has been boarded up

She is concerned that there is still potential for a change of plans that could result in the building being converted into student housing.

Councillor Gibson said: “Residents have turned their community around and having the Free Butt as their own community facility would help take this even further.

“When we started working together, the estate was covered in graffiti, flat doors were broken and people were disappointed with their landlord Hyde.

“Now, graffiti is quickly painted out. There is a community garden project – a fantastic and much-needed food project led by residents.

“Hyde, councillors, residents and council officers are all pushing in the same direction to achieve a joint action plan to transform the area.

“Keeping the Free Butt for community use could be a big part of the future for an area which has begun to thrive again.”

The Save the Free Butt campaign has a Facebook page at www.facebook.com/Save-The-Free-Butt-109616707630995 and a petition signed by more than 800 people so far on Change.org.