A leading councillor has promised a full investigation and report after two historic street lamps ended up for sale on the internet.

And Brighton and Hove City Council may yet call in the police if it suspects that any criminal acts have taken place.

Green councillor Amy Heley told members of the council’s Environment, Transport and Sustainability Committee that she was “shocked at the strange events”.

Her remarks followed the removal of 20 historic lamps from Brighton seafront by the contractor Colas with a view to repairing and restoring them.

Councillor Heley said that Colas was given “explicit instructions” to store the grade II listed lamps safely until Historic England could inspect them.

During a “virtual” meeting today (Tuesday 24 November), she said that an urgent investigation was under way.

Councillor Heley said: “I understand the contractor is treating this very seriously and we are awaiting the outcome and whether or not we feel any criminal action has occurred and we will involve the police if appropriate.

“We have moved swiftly to seek assurance from Colas that the lanterns are being stored safely for inspection by Historic England.

“They have given their assurance and we have asked them to evidence this swiftly.”

She said that the leader of the council Phélim Mac Cafferty had written to Colas, highlighting the seriousness of the situation and asking for assurance that it would never happen again.

In his letter, Councillor Mac Cafferty asked for a public apology to the city.

He said: “I have been horrified that two of Brighton and Hove’s historic seafront lamps ended up on Facebook for sale.

“This is our city’s property and deserves the utmost care and attention from your company while you handle it – sadly missing with the work to temporarily remove the lamps.

“This is despite clear instructions not only being issued to Colas to remove and store the seafront lanterns safely but instructions which were understood and confirmed by your Colas employees.” 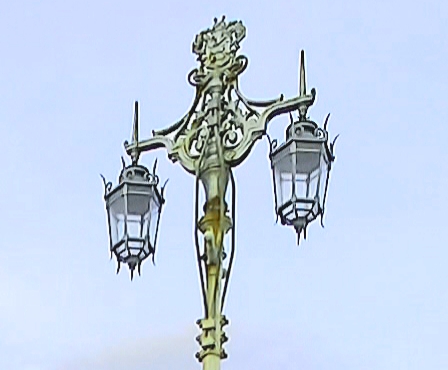 Councillor Mac Cafferty said that the council had a long-standing relationship with Colas and currently had a four-year contract worth £15 million to care for the Brighton and Hove’s street lights.

This includes lighting under Brighton railway station and in the Royal Pavilion Gardens.

Conservative councillor Lee Wares asked if officers could also look into where other heritage items were being stored across the city.

He said: “Not everyone knows where all this stuff is and what’s going to happen to it. This is a good opportunity to look at everything we’ve taken off.”

Councillor Heley said that she was assured it was possible.

Labour councillor Gary Wilkinson said after the meeting: “I speak for all Labour councillors when I express my shock at the reports about the attempted sale of seafront lights.

“These lights are a key part of our heritage, instantly recognisable by their design and paintwork, and it’s a great shame that anyone would tarnish that for personal gain.”

The report about how the seafront lamps ended up on sale is expected to go before a future meeting of the Environment, Transport and Sustainability Committee.