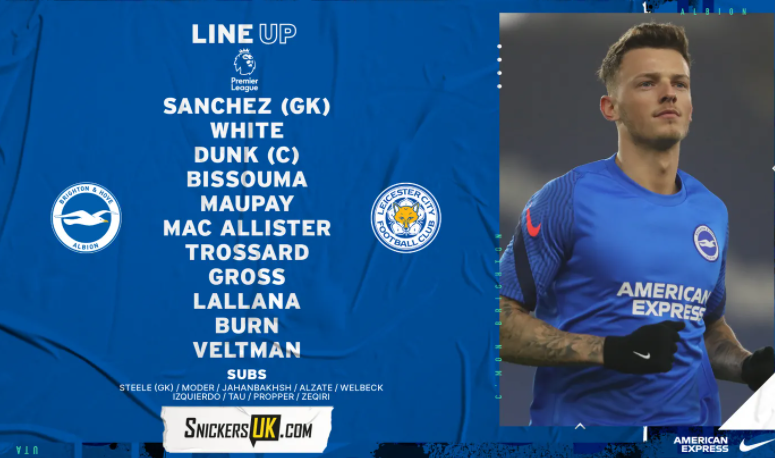 Albion take on the high-flying Foxes at the Amex as the visitors chase a Champions League qualifying place.

Adam Lallana is due to make a rare start and Jose Izquierdo will be on the bench as he looks to make his first appearance for the Seagulls in 23 months.

Jamie Vardy, a regular tormentor of Albion’s defences, starts for Leicester. He is scored against Brighton already this season and has found the net in each season that Albion have spent in the Premier League.