A Brighton shop has lost its licence to sell alcohol as police investigate claims that the owners kept two slaves there.

The council revoked the licence after a request from Sussex Police who said that two people working at the shop, in Longridge Avenue, Saltdean, were found living there in unsafe conditions.

One of the two people working at the shop said that they did not have a national insurance number, and their earnings were paid into someone else’s bank account, with their permission.

The account holder then paid their money to someone else to clear a debt, a council licensing panel was told.

The police said that they were paid £200 each for a 96-hour week and, including accommodation, earned the equivalent of £2.60 an hour. The minimum wage is £8.21.

Peter Savill, counsel for Sussex Police, told the licensing panel hearing that their wages were “a pittance”.

One of the people found staying at the shop did not have the right to live or work in the UK, according to the police.

Neither of them had passports, saying that they had been lost over the course of several moves, and immigration checks found that one was an “overstayer”.

A police report prepared by Inspector Rob Lovell said: “Both (staff members) state they have not been threatened with violence.

“But it became obvious to officers that they do not understand what financial exploitation is or that they may be being coerced to work due to the outstanding debt.

“(The staff members) were crying during this explanation, stating that they needed to pay the debt back.”

The two staff members lived at the back of the shop in a small room with a double bed and a microwave and had access to a separate toilet. At the licensing panel hearing, on Tuesday 9 March, Mr Savill said that Saltdean News was one of three premises owned by the Patels to have been raided in December.

He said that police raided Saltdean News on Wednesday 16 December after receiving a Home Office crime report and found a worker with no right to be in the UK.

A week later, on Wednesday 23 December, East Sussex Fire and Rescue inspected the Saltdean premises and said that the workers’ living conditions were dangerous.

The fire service issued a prohibition notice banning sleeping on the premises.

When police revisited the Saltdean convenience store on Monday 8 February, they found the illegal immigrant who had been working in Portslade. 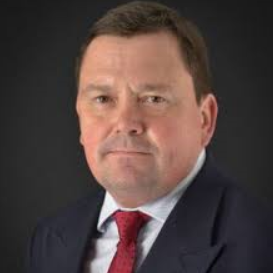 Mr Savill said: “On any interpretation, it is a serious case because it concerns the use or employment of staff at these premises who have no right to work.

“The police say this is significantly worse than that. Police believe this to be a case of modern slavery.

“The staff who are employed illegally are paid a pittance and are living in wholly unacceptable and dangerous accommodation.”

Licensing consultant Surendra Panchal, for Mr and Mrs Patel, accepted that proper checks had not been carried out when employing staff.

But the Patels denied allegations of “modern slavery” – and they denied that the illegal immigrant found in their Saltdean shop on Monday 8 February was employed there.

Mr Savill said that there were several breaches of the alcohol licence dating back to February 2019 although details of these breaches were not discussed during the public part of the hearing.

In its decision, the panel of three councillors said that it was concerned about the circumstances of the two individuals found working at the shop in December.

A screenshot of the virtual licensing panel hearing

It was also concerned about other “persistent” breaches of the licence conditions relating to the closed-circuit television (CCTV) system and lack of training. The cameras showed the wrong time and shop staff could not access the footage.

The panel said: “Fundamentally, the panel do not have confidence in the premises licence holders to uphold the licensing objectives and prevent further crime in view of the serious nature of the criminal activities and allegations associated with these premises which have come to light in this review.

“A number of discrepancies were apparent during the account and explanation given by and on behalf of the licence holders so that we cannot rely on them or be assured that matters would improve after any suspension.”

The licence was revoked.

The Patels have 21 days to appeal against the panel’s decision.