Former Brighton and Hove Albion striker Bobby Zamora has a goal in sight – and an acre of space in Portslade.

Zamora, 40, a director of property developer Luna Group, hopes to build 136 flats up to 11 storeys high in Wellington Road and Camden Street, close to Shoreham Harbour.

His fellow Luna Group directors include West Ham United skipper Mark Noble, 33, who played alongside Zamora for four years at the London club.

But Labour councillor Les Hamilton wants a red card shown to their plans, dismissing them as an overdevelopment which would be too tall and which would include too few parking spaces.

Councillor Hamilton, who represents South Portslade on Brighton and Hove City Council, wants to speak out against the scheme at the Planning Committee when it debates the scheme.

Luna Group has applied for planning permission for land that includes the old Flexer Sacks factory and the site where the troubled Harbour View pub once stood.

The pub, previously the Alexandra, was demolished in 2015 after losing its licence the year before as a result of drunkenness, drug use and sexual assaults at the premises.

The site as a whole is currently occupied by the Circle Studios, the Underground Gym, a hand car wash and a parking deck.

If the plans are approved, the proposed 11-storey block would go up on the corner site where car wash is based. The block would contain offices and 65 flats – 31 of which would be one-bed homes.

The phase 2 and 3 plans include neighbouring blocks that would be nine and seven storeys high, containing 71 homes and space for more offices and leisure use.

The site is yards from where the council granted its own joint venture developer planning permission in 2019 for a £20 million scheme to build flats up to seven storeys high. 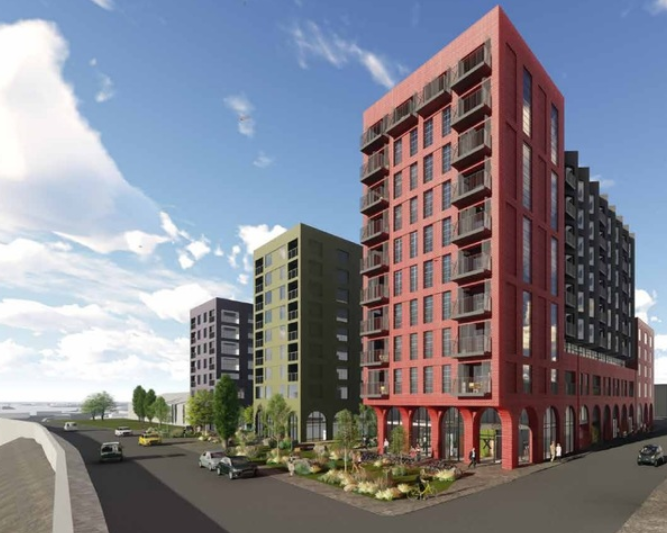 A visualisation of the plans for Wellington Road in Portslade

Luna Group said that the scheme had the potential to regenerate the area with well-designed buildings and adaptable floor space.

The company said in a planning statement: “The development delivers a significant number of new homes to help meet (the council’s) identified need.”

Five people have sent letters of objection to the council, raising concerns about parking, noise, traffic and overdevelopment.

One objector, a tenant in the area whose details have been redacted by the council on its website, said there should be a thorough construction and environmental management plan.

The objector said: “We have serious concerns about the development of the site around us especially considering the condition of the building as it is currently.

“We are worried about the ability of our part of the building to remain unaffected while large-scale building work goes on around us.”

Another objector with a link to the Circle Studios, said: “The ridiculous idea that 71 flats can be built with only disabled parking is beyond belief.

“As I have said before, with the proposed Luna developments, it will bring more traffic/cars to an area that already is in dire need of more parking spaces to support the small independent businesses that run along North Street.

“Even if every potential property owner of these flats doesn’t own a car, they will have friends and family who will come and visit, and this will take parking spaces that our customers need for us to stay afloat.” 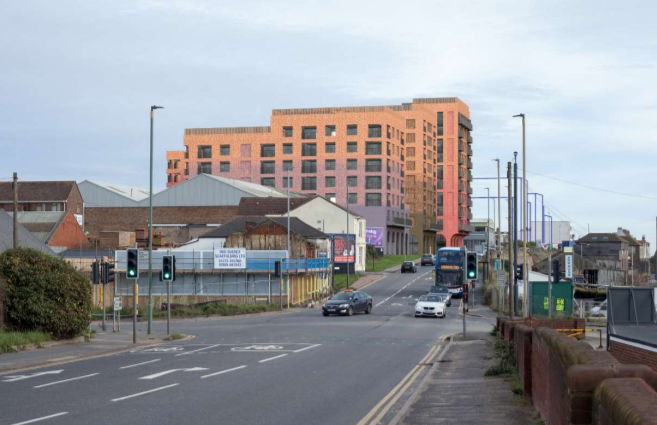 Another business owner in the area said: “As a business already affected by problems with parking, this is adding problems for the local businesses around the area.

“This is a commercial area not residential area. Businesses already struggle with parking, and building this big block of flats with very limited parking is just going to make the parking issues worse and our businesses will suffer even more.”

The council’s Planning Committee is due to decide whether to grant planning permission for the scheme at a virtual meeting starting at 2pm next Wednesday (5 May). The meeting is scheduled to be webcast on the council’s website.