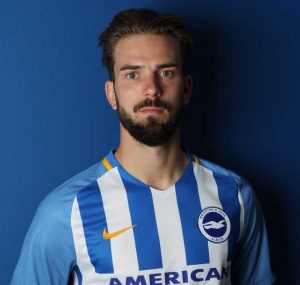 The midfielder has gone back to the Eredivisie side on a permanent deal for an undisclosed fee.

The 29-year-old brings an end to a four-year spell at the Amex, having joined in 2017 for a then club record fee ahead of Albion’s debut Premier League season.

Propper was a regular in the Albion starting XI in his first three years with the club but an injury-hit final campaign saw him make just seven Premier League appearances.

Head coach Graham Potter said: “Davy has been great to work with during my two years here and he has played an important role in maintaining the club’s Premier League status since he joined the club.

“He is well thought of around the club and it was frustrating for both him and I that he had a number of setbacks with injuries last season.

“This move gives him the chance to hopefully play more regularly and we wish him the best of luck with his future career.”

Propper departs having played 121 times, scoring twice, as well as being a part of the side that reached the Emirates FA Cup semi-finals in 2019.