Neighbours are banding together to oppose plans to instal 5G masts on the roof of their building. 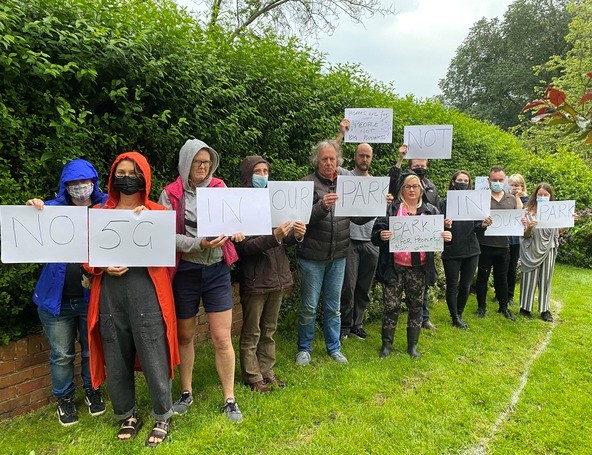 The plans have been submitted by mobile phone infrastructure firm Cornerstone on behalf of Telefonica UK, also known as O2, and its network-sharing partner Vodafone.

They want to put 12 masts and four dishes on the roof of Park Lodge, in Dyke Road, Hove, as well as seven cabinets in the communal garden.

Leaseholders and tenants in the six-storey block of 43 flats have signalled their outrage.

They said that last year Cornerstone installed masts on the roof of the Territorial Army barracks across the road for O2 and Vodafone.

In its latest application to Brighton and Hove City Council, the telecoms infrastructure company said that the equipment at the barracks had a different operator.

Conservative councillor Samer Bagaeen has taken up the case with Cornerstone, who said the mock chimney and flagpole-style masts at the barracks were used by O2 only.

The company said that there was no room there for additional Vodafone masts and that the two companies did not share the same technology.

Councillor Bagaeen and his fellow Conservative councillor Vanessa Brown, who both represent Hove Park ward, said that they were backing Park Lodge residents.

They said that they were frustrated at not having received any information from Cornerstone, despite the company saying that it was sent out in May.

In an email to campaigners, Councillor Bagaeen said that the company had admitted that it had “slipped up” when it came to consulting the area’s elected representatives.

Councillor Bagaeen said: “This is an awful, awful application that should not be granted. It has a chequered history with the explanation of what’s happening at the TA building.”

Residents are gearing up to fight the proposal, with about 25 of them attending two meetings to start organising their campaign.

Valerie Bundy started a campaign against masts on the roof more than 20 years ago and said that she was prepared to fight on.

She marked out the space in the communal garden where the cabinets would go to help her neighbours see the effect on their private grounds.

Miss Bundy said: “Urgent action is needed because of the land grab by these telecoms companies. The plan will completely change how the building looks for us and also people in the surrounding area.

“It will also impact on the park, as we have trees which we think are ancient elms, and they’re talking about cutting trees back – and there are bats and other forms of wildlife there.” 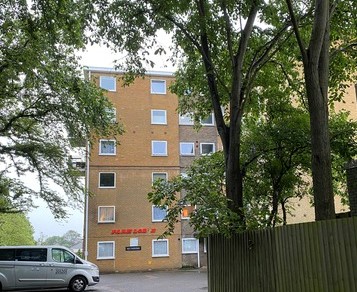 She is also concerned about the visual impact of the masts on the neighbouring listed buildings, the Dyke pub and the Booth Museum, because they would not be hidden as the masts are at the barracks.

Cornerstone said: “The proposal utilises a rooftop location at a large residential block that is neither listed nor within any restrictive planning policy area.

“Although the site is in the general proximity of a built heritage asset in the form of the nearby grade II listed former Dyke Road Hotel, one must acknowledge the distance and intervening features that separate the site from the asset.” 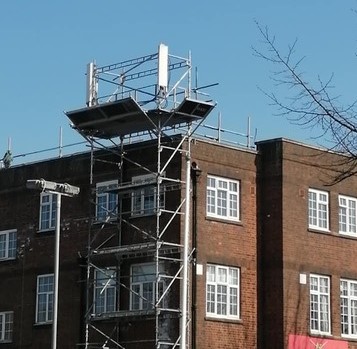 More than 45 objections have been lodged with the council along with two letters of support.