A drug dealer, who was caught in Brighton after a member of the public spotted him acting suspiciously, has been jailed. 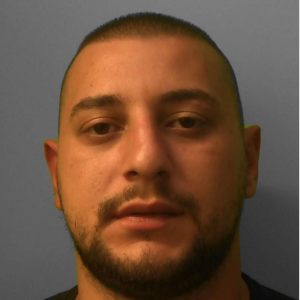 Cocaine dealer Rostislav Georgiev, 28, was seen handing over a package in Phoenix Place, near The Level, and arrested in nearby Baker Street.

Sussex Police said: “A man who was seen acting suspiciously in Brighton has been jailed for drug dealing after he was stopped by officers.

“He was driving a silver Peugeot hire car which was reported to the police.

“Officers then tracked the vehicle and stopped the 28-year-old driver in nearby Baker Street. Georgiev told officers he was in possession of drugs.

“After a search, they found 21 separate deal bags inside a sock in his pocket. The bags contained cocaine and were seized.

“Police also found about £1,000 in cash which was also seized.

“Georgiev, of no fixed address, was charged with possessing class A drugs with intent to supply.

“At Lewes Crown Court on Thursday 9 September he admitted the charge and was sentenced to two years and eight months in custody.” 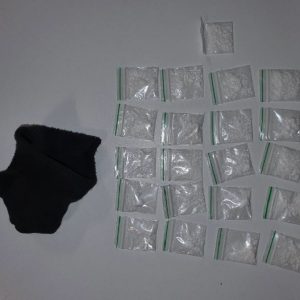 Investigator Rose Horan said: “Officers responded swiftly to information given to us by a member of the public concerned about drug dealing.

“They were able to quickly stop and detain Georgiev and stop him from supplying class A drugs.”

Sussex Police added: “If you have concerns about drug dealing, crime or anti-social behaviour in your area, please inform us by reporting online or call 101. In an emergency call 999.”