Despite weather and power problems, with Storm Barra forcing the first Brighton Christmas Festival to close again today, the organiser said that so far it had been a huge success.

An estimated 19,000 people visited the market in Valley Gardens on Saturday alone while pictures of the observation wheel – reportedly Britain’s highest – have been widely shared on social media.

The Elves Save Christmas shows are now sold out every weekend, with extra performances added in the week running up to Christmas Day.

And Santa’s Grotto attracted 3,000 advance ticket sales and has also sold out every weekend.

The organiser David Hill – the founder of Hove business E3 Events – said that he was thrilled with the response.

He acknowledged the problem with a power outage and the challenge posed by extreme weather to the five-week festival.

Mr Hill said: “I am aware that there were challenges in the first week but, overall, it is proving a big hit.

“To have over 19,000 people pass through the entrance to the market on Saturday is a staggering figure – and many of our customers told us that they had travelled to visit Brighton and the festival.

“The city centre was absolutely packed at 8pm on Saturday, probably busier than it was at 2pm. That’s the Festival effect.

“Our Apres Ski Lodge bar was so busy on Saturday it literally was one person in, one person out.

“Our children’s shows are all selling extremely well and The Nutcracker was also a sell-out.” 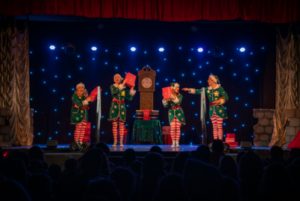 Mr Hill said that the first week had proved challenging, particularly the weather, and added: “I have worked in event management for more than 25 years and we have to listen to the experts.

“I know that some people were upset that we had to close on the afternoon of only the second day (Saturday 27 November) but the winds were so high that it was dangerous and we had no option.

“The health and safety of our customers, our traders and our team must always be the number one priority.

“There was also an issue with the power last week – not our fault – but again it did lead to some disruption, for which I must apologise.

“And of course, today has been a challenge with such shocking weather. It is sadly out of our control.

“We are also working with some of our local neighbours concerned about noise levels at night. We take such issues very seriously and I have spoken directly with the residents.” 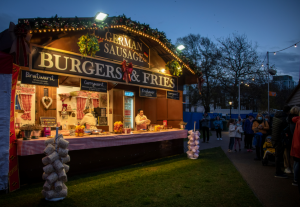 Mr Hill and his team have secured a three-year contract from Brighton and Hove City Council to run the Christmas Festival.

He said: “We are clearly doing something very positive for families who are coming in their droves.

“Our Community Celebration Square stage is also very popular. A different local Community Hero is turning the lights on every night and we love the focus this gives to our diverse and vibrant community.

“E3 has also funded two community chalets and each day they are used by local charities such as the Starr Trust and Rockinghorse – and so many others.

“We always said from the very start that we wanted to involve as many local community groups and charities as possible.

“This is so important to us – and as a small business in the city, we have raised over a quarter of million pounds in the last 10 years for local charities like Chestnut Tree House and the Martlets.” 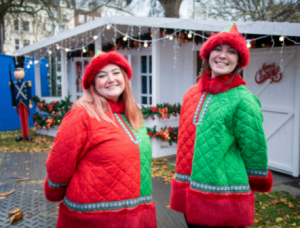 The Starr Trust’s founder and chairman Rob Starr said: “The Starr Trust relies on local businesses and friends to enable us to maintain and grow our profile locally as well as raise much-needed funds for the young people we help.

“Being offered time at the community chalets in the Christmas market was such a lovely surprise and so very welcome.

“Because of this we have been able to make new friends and raise our profile even further, which is so important to us.

“To include a true community space at this Christmas market and allow small charities such as ours to take part is truly in the Christmas spirit.” 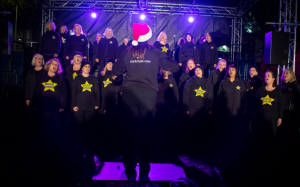 Mr Hill added: “We have more than 80 stalls, which we consider to be a great achievement given that we are still facing covid restrictions. In an ideal scenario, the number would be more but 80 was a realistic target and many rotate each week.

“The Christmas Market ends on Christmas Eve but the shows in St Peter’s Pavilion and the Apres Ski Lodge Bar remain open until Friday 31 December. The funfair and Big Wheel will also be open until New Year’s Eve.

“We are also reacting to where demand is biggest. For example, we have added a full programme of live music in the Apres Ski Lodge bar.” 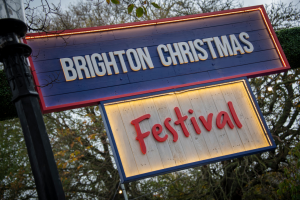