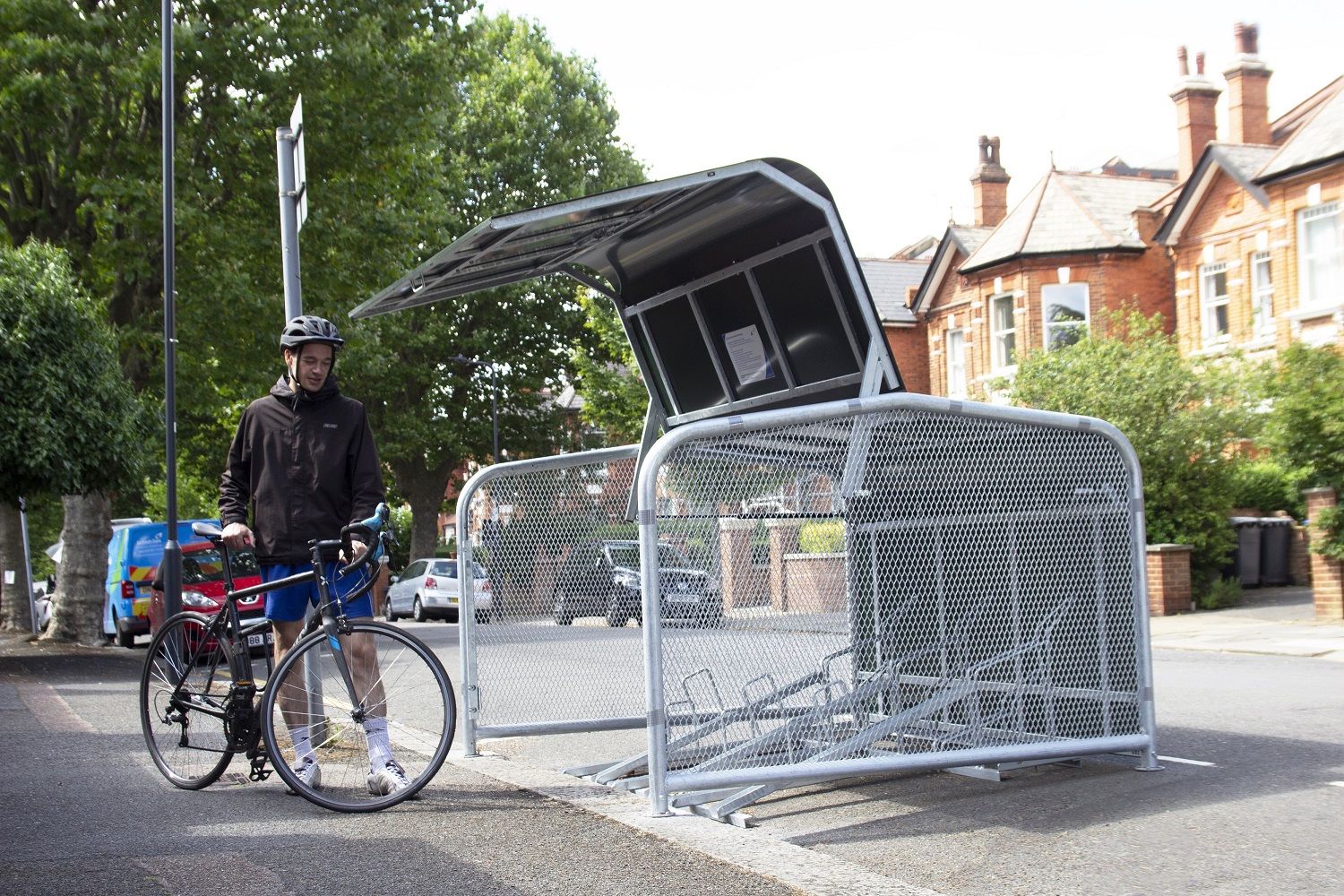 The first secure cycle hangars are set to hit the streets of Brighton and Hove early next year after requests from more than 2,000 cyclists are whittled down to 100 locations.

The six week survey was launched at the start of October to gauge demand for the new hangars, which store six bikes in the space of one car parking space.

The requests will now be assessed against criteria to create a list of 100 locations, which will then be advertised in a traffic regulation order (TRO), which will allow further feedback from residents.

It’s hoped the first cycle hangars will be in place early next year along with information on how to apply for a space.

Steve Davis, Co-Chair of the Environment, Transport and Sustainability committee said: “I’m delighted so many people got involved in the survey and expressed an interest in having cycle storage near their home.

“I’m sure there are a lot of residents who would cycle more or consider buying a bike if they had a safe and secure place to keep it.

“We know that people who live in blocks of flats or in HMOs simply don’t have the space to have them indoors, or would struggle to carry them up and down stairs.

“If we’re to encourage active and sustainable travel, we have to support residents by providing the changes they need, that will make walking and cycling a real possibility for them – regardless of where they live in the city.

“I really can’t wait to see the first hangars hit the streets next year.”