The owner of a new restaurant in the centre of Brighton has applied for a drinks licence but some people living near by have objected. 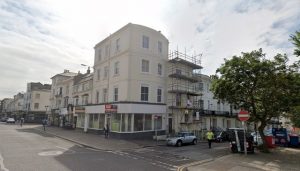 Bulent Ekinci, 47, owner of the Meeting Place café on Hove seafront, has taken over the former Cubitt and West’s estate agent’s premises on the corner of Western Road and Norfolk Square.

The new owner wants to be able to sell alcohol from 11am to 11.30pm Monday to Sunday.

Brighton and Hove City Council licensing department and Sussex Police have not opposed the plans for the restaurant to serve “hot food and stone-baked plates”, with alcohol as part of a meal.

But people living in the area sent four letters objecting to the application which is now due to be decided by a licensing panel of three Brighton and Hove councillors on Monday (24 January).

The premises is within an area which has been designated a “cumulative impact zone” by the council where there are tighter restrictions on alcohol sales to try to reduce anti-social behaviour, crime and disorder.

But the council “may look favourably” on restaurants serving alcohol until midnight in the “cumulative impact zone” if customers are seated at tables and eating a meal.

Some people living in and around Norfolk Square area have set out concerns about the effect of a new venue selling alcohol in the vicinity.

One resident, whose details were redacted by the council on its website, was concerned that the design appeared to look more suitable for a takeaway than a restaurant.

The resident said: “None of the features support the idea of table service – for instance, there is no clear way for waiting staff to move between kitchen and tables.

“This is in contrast to the description in the licence application of a restaurant serving alcohol with table meals.

“If this will be a late-night takeaway, the type of customers it attracts are much more likely to depart drunk and noisy and cause disruption late at night.”

Another anonymous resident, whose details had also been redacted by the council, shared concerns about the effect of a licensed business on anti-social behaviour in Norfolk Square.

The neighbour said: “Over the past four years, local people have worked with police and (the council) to improve this (anti-social behaviour) – and it has been working. Now bringing in another licensed premise could undermine all of this hard work.

“I had believed that Norfolk Square fell under the ‘cumulative impact zone’ for licensing and has open problem profiles with the police and the council safer communities team due to the alcohol-related violent crime and anti-social behaviour.”

The licence application is due to be decided by a council licensing panel, with a hearing set to start at 10am on Monday (24 January). The hearing is scheduled to be webcast on the council website.