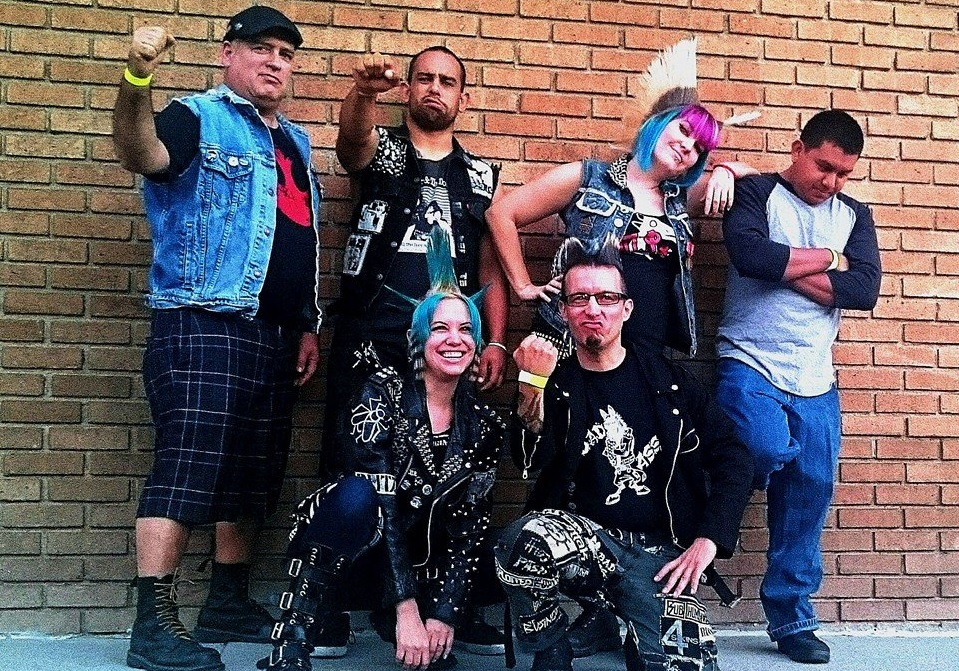 It’s certainly going to be a scorcher of an afternoon at the Prince Albert at 48 Trafalgar Street, Brighton on Sunday 31st July, as local concert promoters ‘An Alternative Gathering’ have organised a Hardcore Sunday Matinee show which will include special guests from the USA.

There will be two American bands and two local bands and doors open at 1:45pm and tickets are only £6 in advance or £8 on the door. 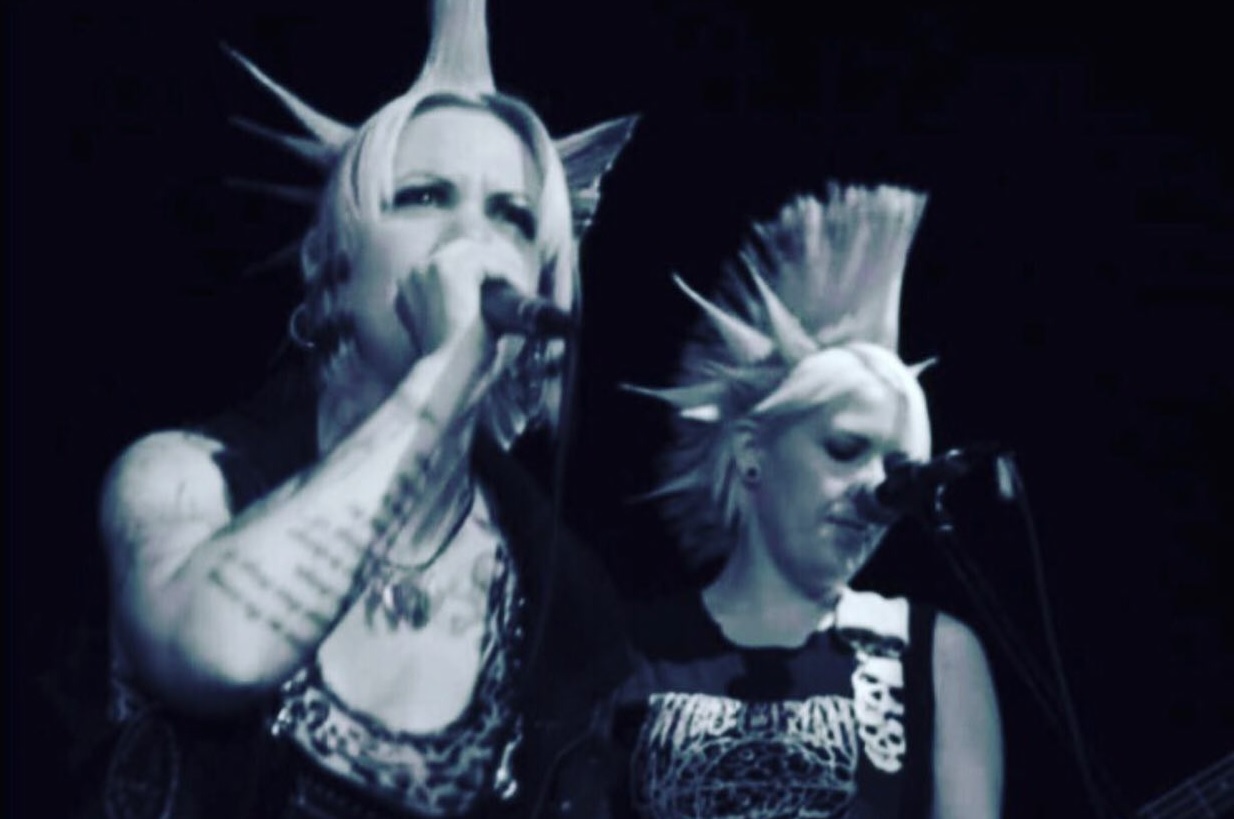 Heading the bill for the afternoon will be BAD ASS who are in Brighton as part of their 12 date ‘Abroad Tour’. The band formed in 2010 in southern California. Their aim was purely to bring about a style of punk rock that focuses on good times and the lost sounds of the street punk generation. Bad Ass have played alongside bands such as English Dogs, Final Conflict, The Blood, The Business, Funeral Dress, One Way System, Batalion of Saints and LCB.

Bad Ass can be found on YouTube and Bandcamp. 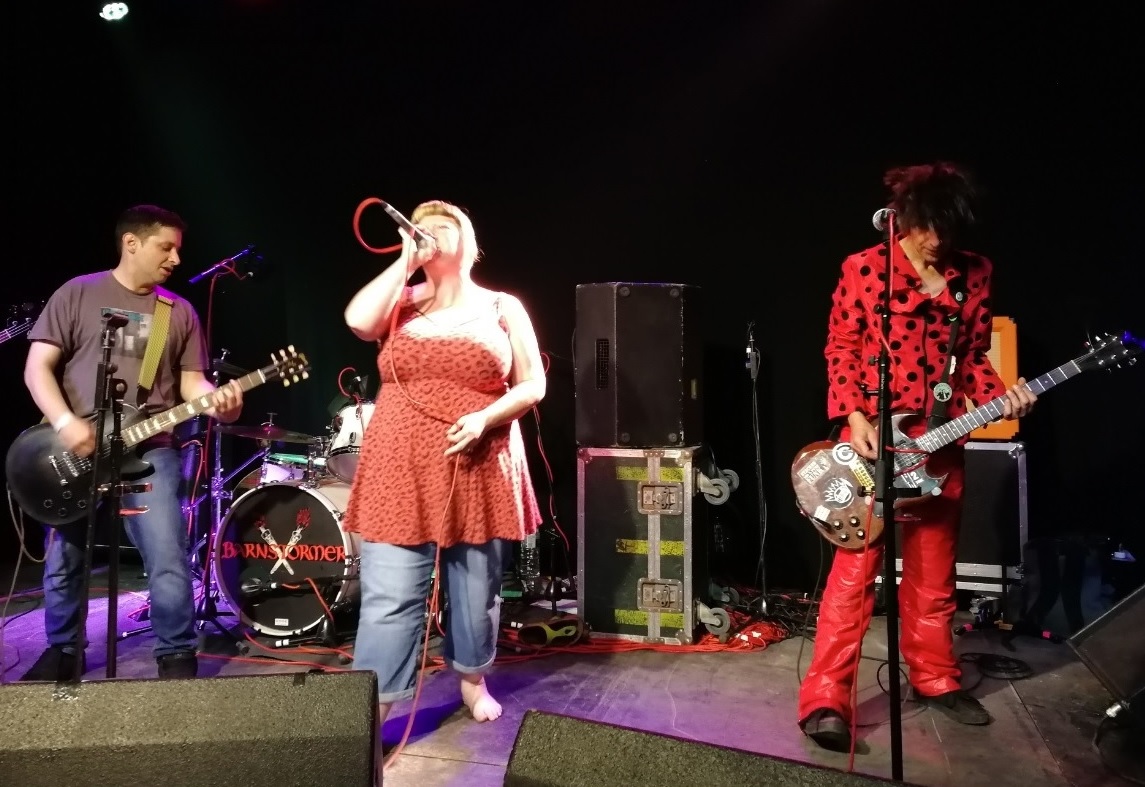 Flying the flag for Brighton are noise merchants Combat Shock who originally formed in Wisbech in Cambridgeshire back in 1994. They escaped to Brighton in 2000 and played through till 2006. After a decade hiatus, the band got it back together in 2016 and have been on the case ever since! If Anarcho street punk with raging female vocals is your stuff then you’ll enjoy Combat Shock.

Check them out HERE and read more HERE. 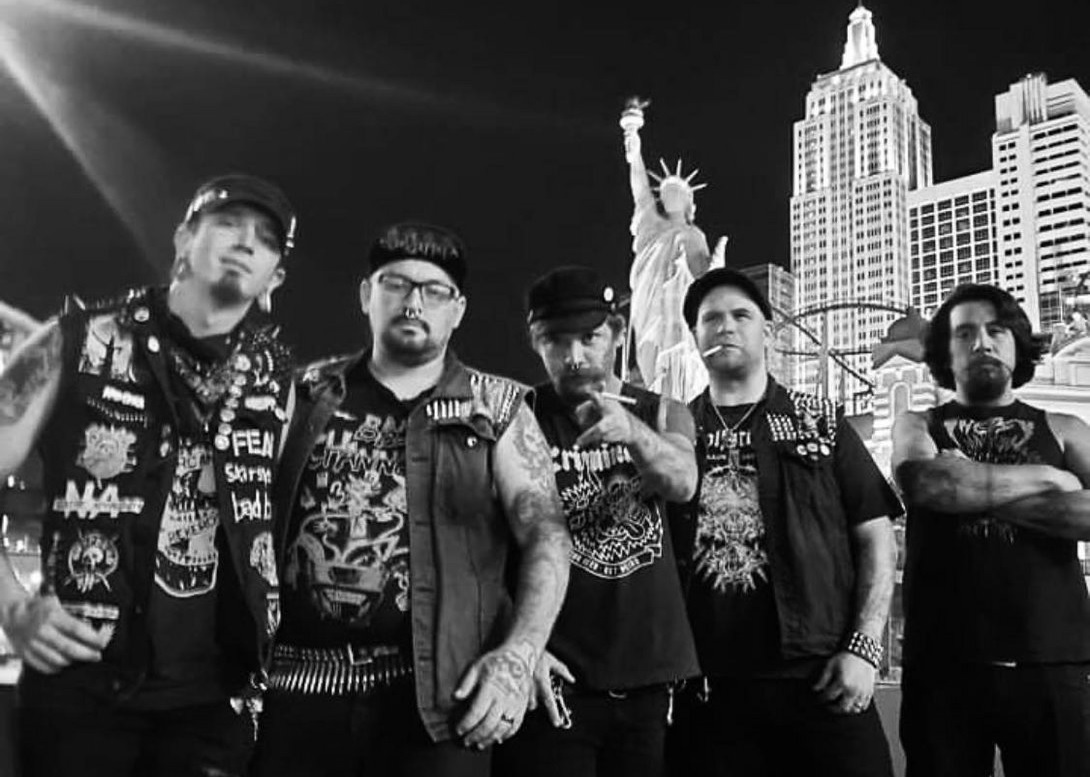 Crimetime are a riff shredding, lightning fast punk rock band hailing from Washington, USA. They will be appearing in Brighton as part of their UK 9 date ‘Road To Rebellion’ tour.

Check out Crimetime’s releases on their Bandcamp page HERE and visit their website HERE. 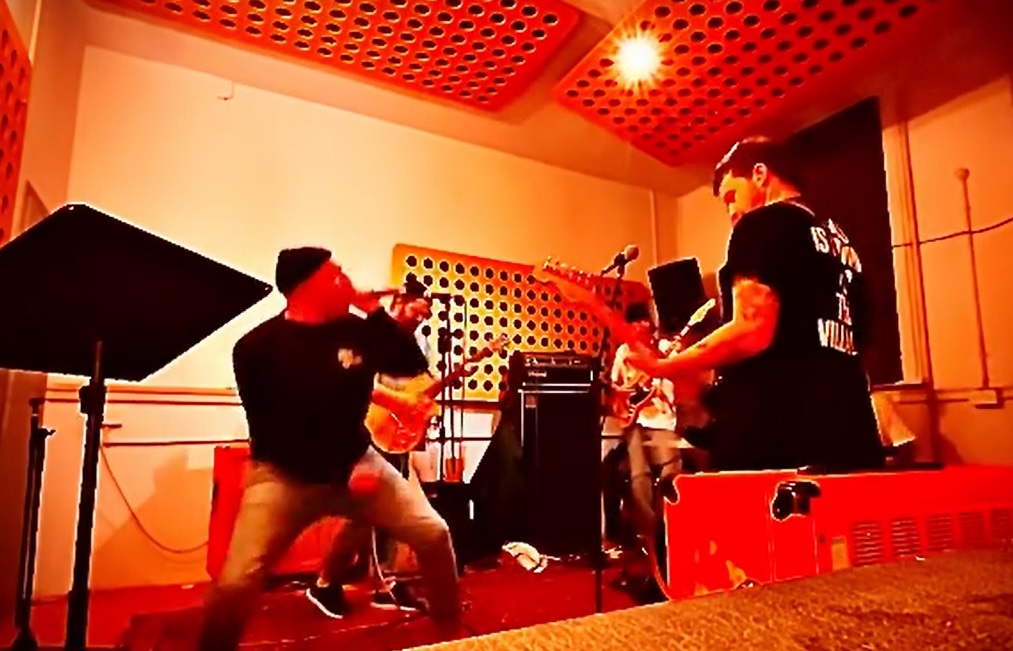 Finalising the bill are London and Brighton based hardcore punks Biting The Heel, who are on Bandcamp and Soundcloud. 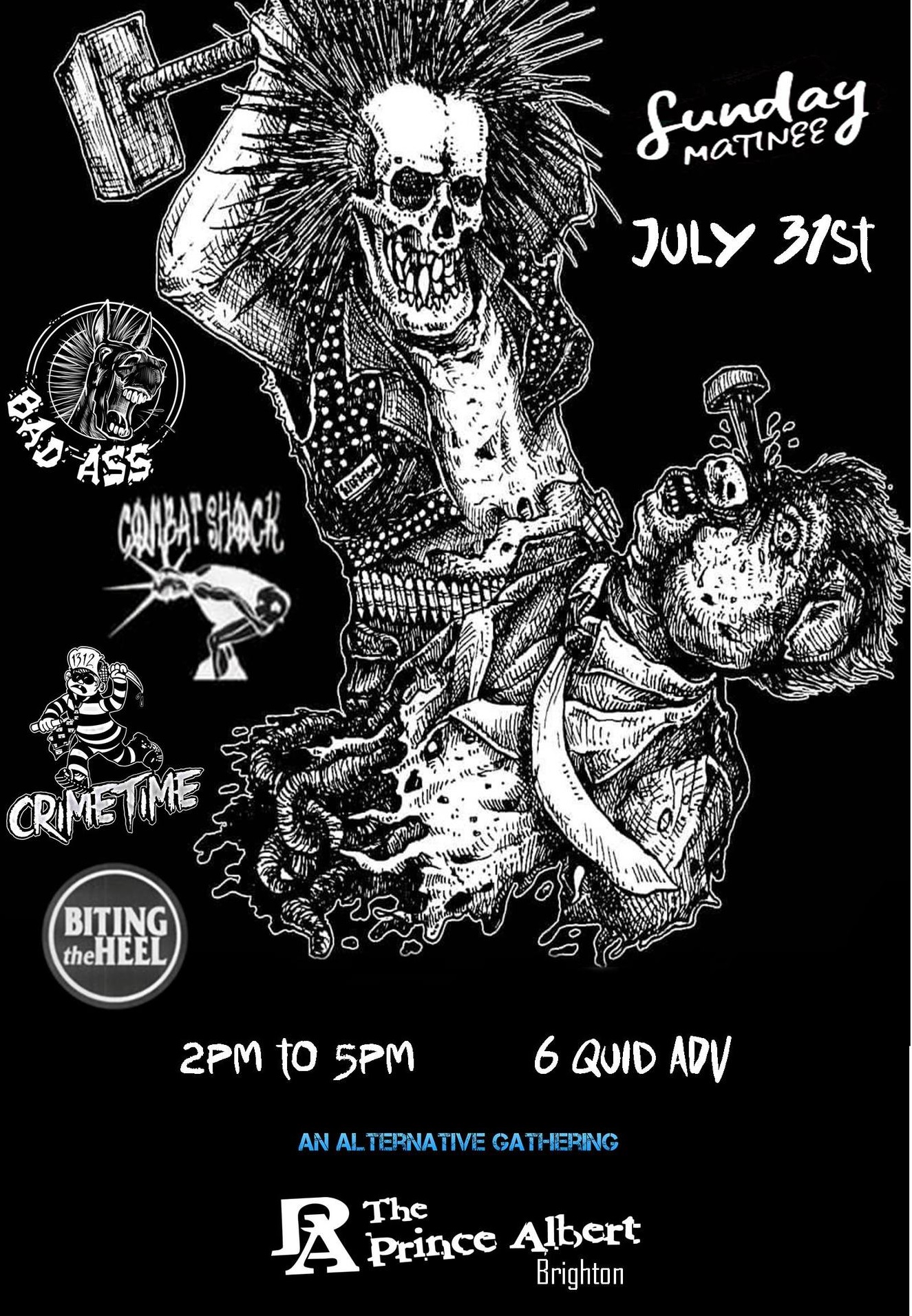 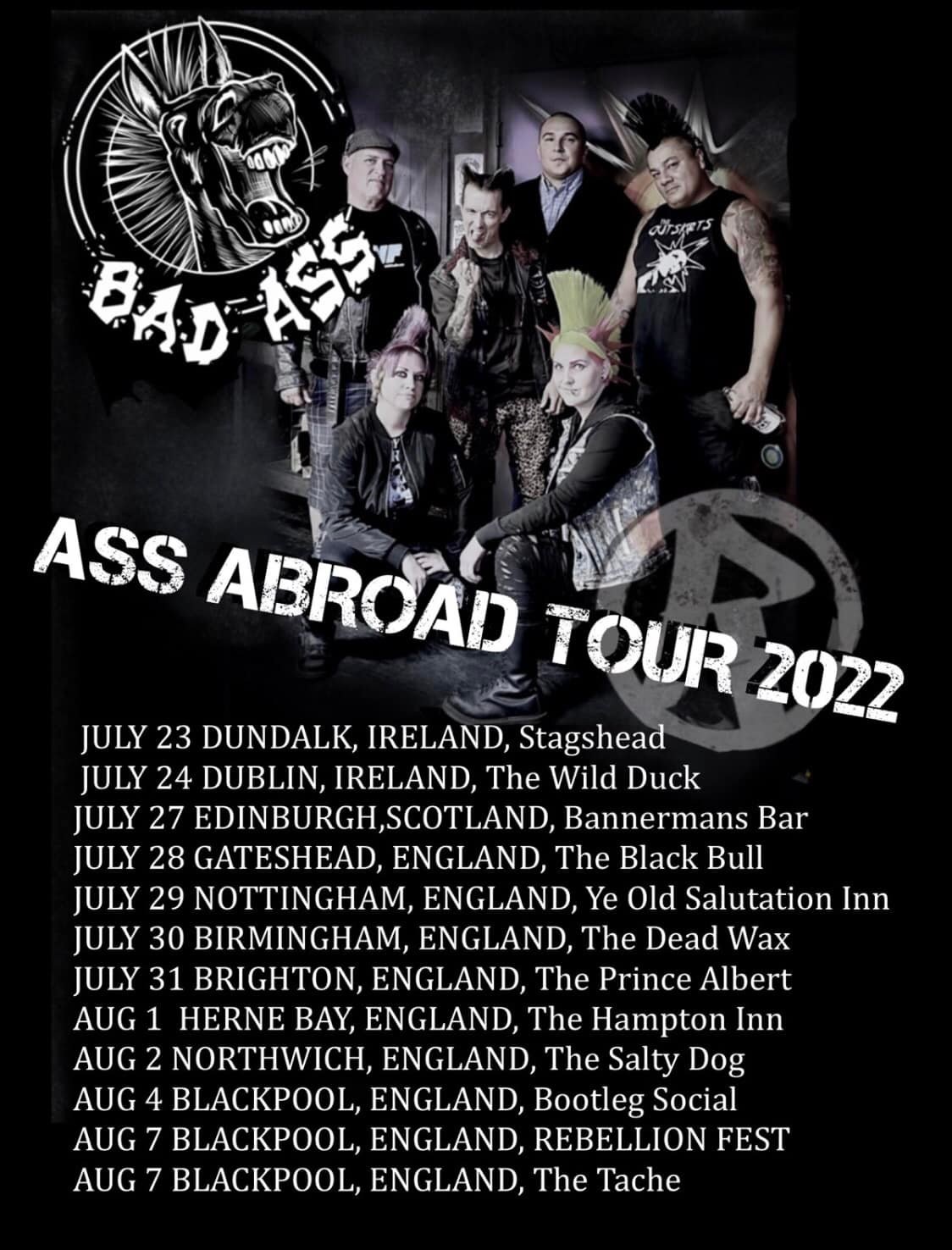 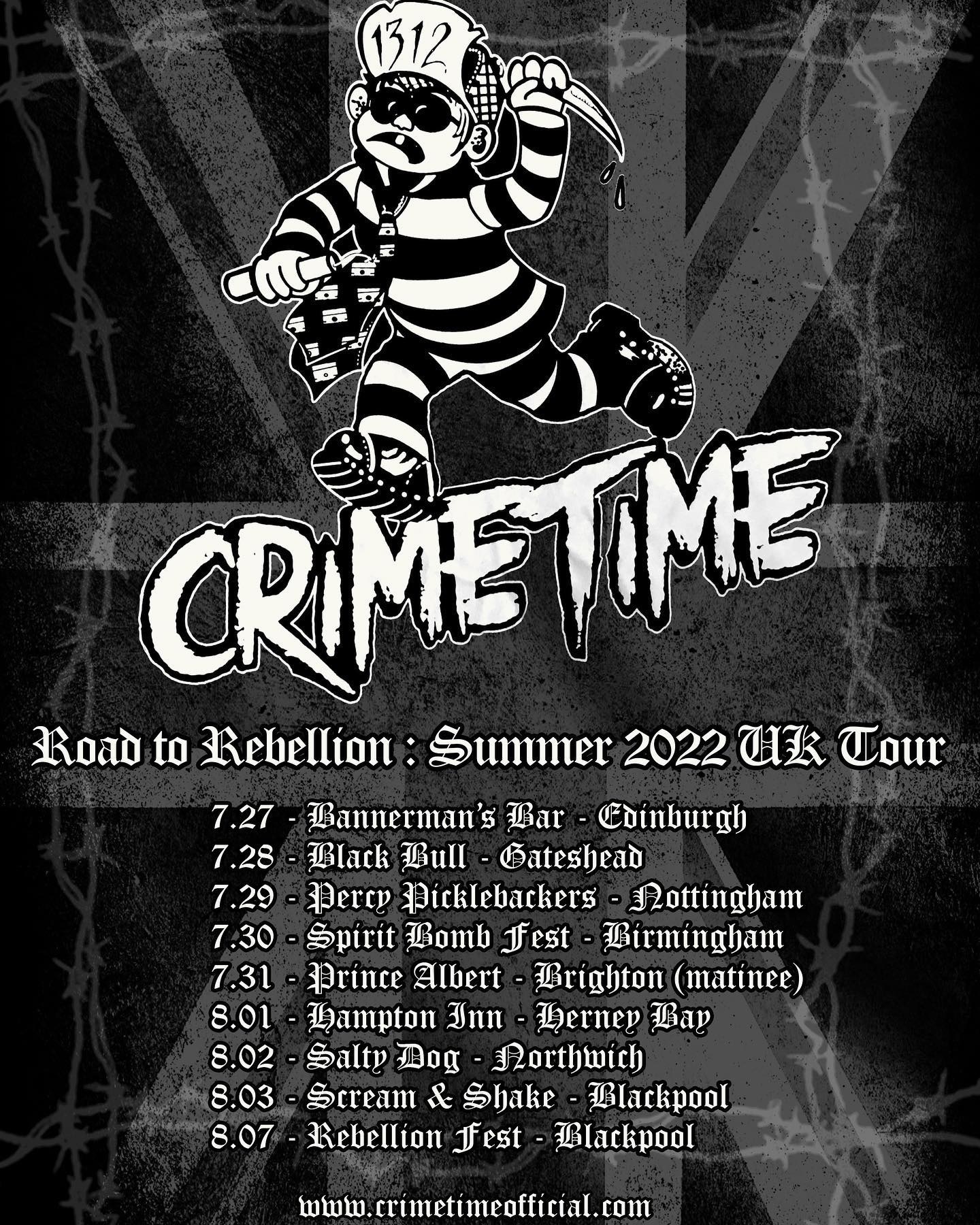