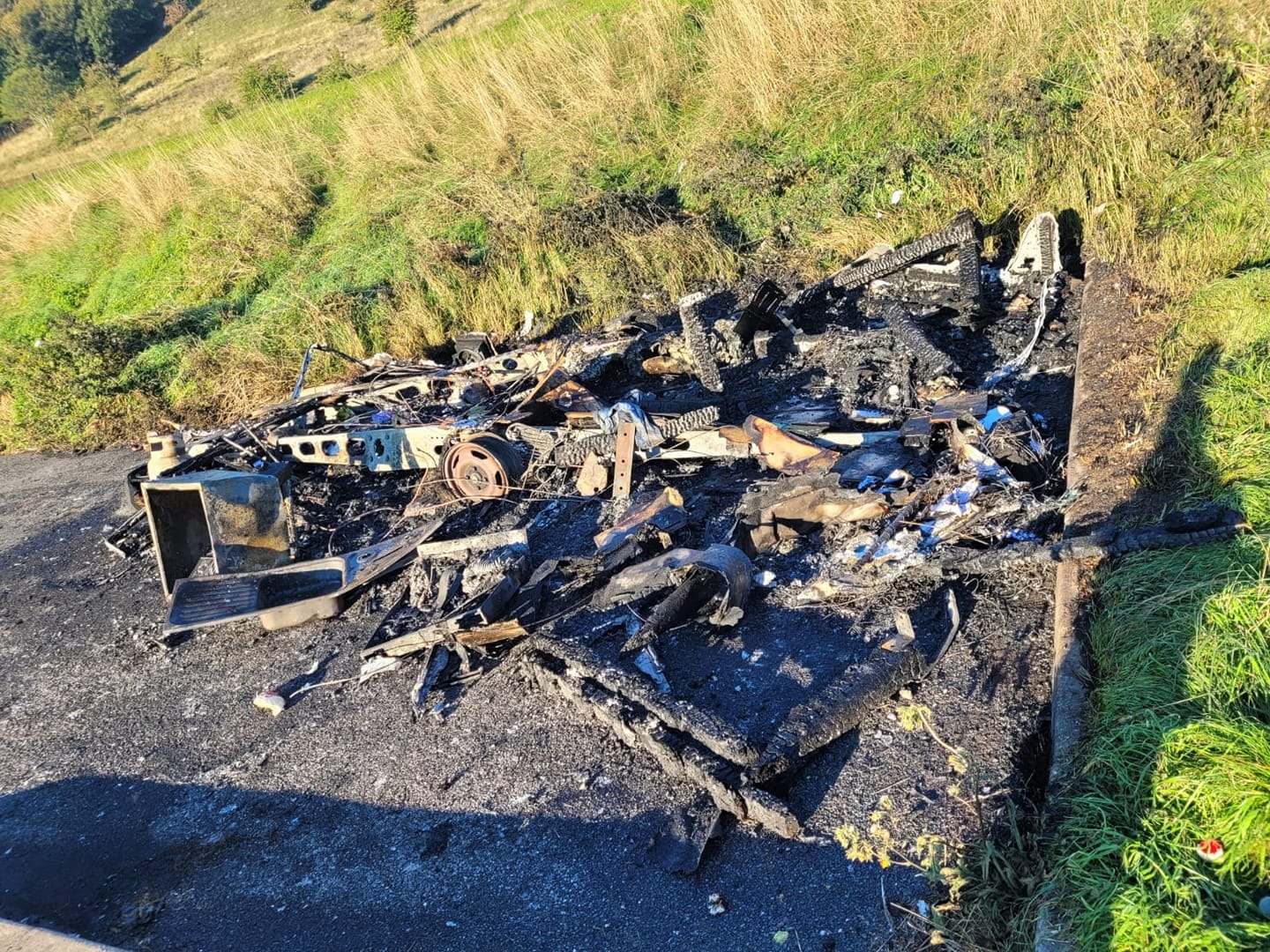 A derelict caravan was torched in Whitehawk Road last night, completely destroying it.

Police have launched an appeal for any information about the blaze, which at around 9.43pm near City Academy. Two fire engines responded.

There were no casualties but it is thought the fire was set deliberately.

Claire Harman, who saw the blaze from her home, said: “It needs clearing up because it’s right by the school and there is a gas canister still sat there, still very dangerous.”

East Sussex Fire and Rescue Service said: “The incident has been handed over to Sussex Police to investigate.”

Sussex Police said: “Around 9.45pm on Thursday 29 September, police were alerted by the fire service to a caravan fire at Whitehawk Road, Brighton.

“Enquiries are ongoing and anyone who saw what happened, witnessed any suspicious behaviour in the area around that time, or who has any other information is asked to contact police online or by calling 101 quoting serial 1331 of 29/09.”