The government needs to improve the way that it handles the funding of “levelling up” projects, the chief executive of Brighton and Hove City Council told MPs this afternoon (Monday 28 November).

Geoff Raw called for more strategic and “grown up” conversations about funding between Whitehall and local government at a House of Commons select committee evidence session.

Mr Raw said: “If the government has a policy objective that it wants to fulfil then it’s not unreasonable to ask people to come in and meet those objectives.”

But he touched on the cost of competitive bidding which was mentioned by other witnesses and, referring to smaller projects or funding pots, said: “It’s a lot of work for potentially no gain – and we’re just not in the position to resource that process any more.”

He also said that the council often worked with project partners who could be reluctant to invest time, effort and money with a risk of no reward.

Mr Raw called for more mature lead-in times, adding that councils were asked to bid often at very late notice or short notice including right at the beginning of the summer holidays.

Timing could also be problematic when councils were asked to bid for various funding pots simultaneously, stretching resources, because the same small number of staff were trying to fill in the forms and write the bids.

He highlighted the work of the Greater Brighton Economic Board which had enabled the council to work with neighbouring councils to share resources when bidding and making use of public funds.

But, he said, the council still spent significant sums of money on bids without any guarantee of funding success. Another witness said that bidding costs alone could add up to more than £2 million a year.

Mr Raw contrasted the competitive bidding process with “core” funding from the government – such as the “revenue support grant” – which reduced risk and uncertainty and, as a result, reduced costs.

He said: “When I first came here (to Brighton and Hove), we received about £105 million revenue support grant (a year). Now it’s about £5 million.”

Brighton and Hove City Council won £9.5 million from the government’s Levelling Up Fund this year for the £13 million Kingsway to the Sea project to revive Hove seafront.

The council has also missed out on funding after previous bids were unsuccessful such as an early bid for money towards the restoration of the Madeira Terraces, in Brighton. 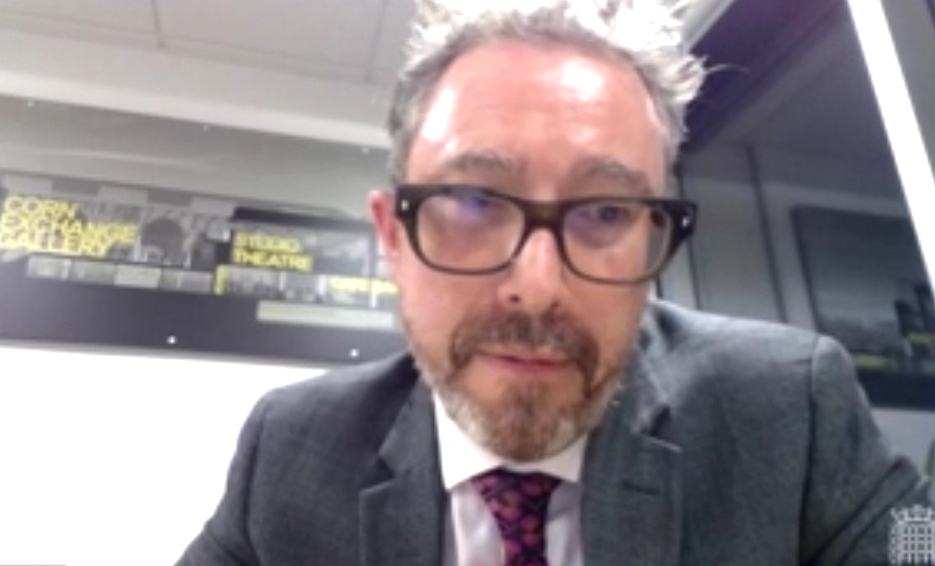 Geoff Raw giving evidence to the House of Commons Levelling Up, Housing and Communities Committee this afternoon

Mr Raw defended funding for “levelling up” projects in the south of England, which wasn’t always wealthier, adding that he was originally from the north.

He said that while wages tended to be higher in the south, people also faced higher living costs – especially for housing – and these were much higher in Brighton than in places such as Barnsley.

Mr Raw, who appeared remotely before the Commons Levelling Up, Housing and Communities Committee, called for key decisions to be made more locally.

He praised the way that the council worked with the two universities – Sussex University and Brighton University – as well as the area’s “knowledge economy”.

He added that it was “very important to us – and we’ve worked with them and private-sector partners to grow jobs for the future”.

He called for more clarity on the economic and social aspects of levelling up policy. He asked whether the policy was aimed at levelling up communities within an area as well as levelling up poorer parts of the country with wealthier parts.