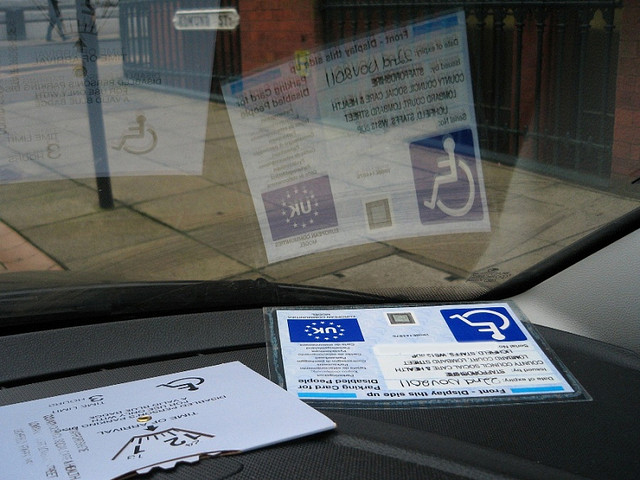 A woman who refused the chance to pay £20 for misusing her son’s blue badge because “she doesn’t pay fines” has instead been landed with a £484 court bill.

Robyn Sweet was caught by a blue badge investigator parking in Cannon Street near Churchill Square to do her shopping when her young disabled son was at nursery.

Brighton Magistrates Court heard the investigator, Samuel Jepson, saw Ms Sweet leave her black Kia on 18 May and approached her and asked her to hand over the badge so he could check the details.

Ms Sweet, of Coombe Road, confirmed the badge was for her son, and said he was in nursery and she was using it to do her shopping.

Mr Jepson explained it could only be used to help transport her son, and offered her the chance of a community resolution, which she initially seemed interested in.

But when he explained it would involve paying £40, she said she “wasn’t paying any fine – I don’t pay for parking fines and I’m not paying for this.”

She kept telling the officer to hurry up, and eventually left without signing any of the community resolution paperwork.

The following week, another Brighton and Hove City Council investigator, Michelle Williams, spoke to her on the phone.

Ms Sweet then changed her story, saying her son had been in Costa with a friend, denying she had told Mr Jepson he was in nursery.

But she also said she still wanted to accept the community resolution, but couldn’t pay £40 until 16 June.

On 16 June, Ms Williams called her again, only to be told she still didn’t have the money. She also said she received carers’ allowance, and so Ms Williams said she could reduce the amount to £20, but only if she provided evidence of this.

Ms Williams then called twice the next day without getting an answer, then the following week, before writing her a letter, which also received no response.

She was informed the matter would be at court on Friday, but did not attend.

Chair of the bench Alan Hardy said the bench found the offence proven in her absence, and fined her a reduced rate of £100 because of the suggestion she received carers allowance, and ordered her to pay £350 costs and a victim surcharge of £34.

A Mercedes driver from Barnet was also fined by the court on Friday for using a blue badge.

Sam Irwin, from Berkeley Crescent, parked his silver Merc in Pool Valley on 5 May in a disabled bay, displaying a badge belonging to someone else.

The next day, he did the same in Church Street.

Officers got his details from the DVLA, and wrote to him twice, with no reply.