Detectives have arrested four men in an investigation into an £18 million housing fraud at Brighton and Hove City Council today (Wednesday 6 August).

One of those arrested is Ashley Parker, the brother of the council’s suspended head of housing Jugal Sharma, 53.

Mr Sharma, who earns £82,500 a year, is on holiday at the moment. He is expected to be arrested and interviewed on his return.

Mr Parker, 51, of Balfour Road, Ilford, is also known as Ashone Sharma and Ashoni Parker, and is a director of a company called KEM Property Services and its biggest shareholder.

KEM housed homeless people at short notice under a premium-priced ten-year contract with the council.

Another of the men to have been arrested today is 57-year-old Edward Charles Parker-Bancroft, of Harlands Road, Haywards Heath. He is a shareholder and former director of KEM Property Services.

Jugal Sharma’s home in Holland Road, Hove, was searched by officers from Sussex Police who turned up at 7am with a search warrant.

“The investigation, launched by the Sussex Police Economic Crime Unit in November 2013 following an initial investigation by the council’s own internal audit team, is looking into allegations of the improper awarding of council contracts worth more than £18 million over the past ten years to a property management company providing the homeless with temporary accommodation.

“At 7am today search warrants under the Police and Criminal Evidence Act were executed at five residential addresses. Officers were assisted by colleagues from Surrey Police.

“A 51-year old man were arrested at an address in Balfour Road, Ilford, Essex.

“A 57-year old man was arrested at an address in Harlands Road, Haywards Heath.

“A 53-year old man was arrested at an address in Elms Road, London, SW4.

“A 67-year old man was arrested at an address in Ashvale Drive, Upminster, Essex.

“An address in Holland Road, Hove, is also being searched but no arrests were made there.” 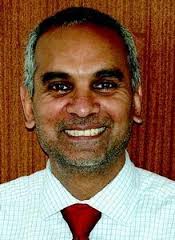 Detective Sergeant Sally Smith, who is leading the investigation, said: “The men have been taken to Brighton for interviews and further inquiries.”

Later the same morning a warrant was also executed at a business address in Queen’s Road, Brighton. No arrests were made.

At each address, including the Queen’s Road address, computers and related equipment and documents were seized for examination.

“Following an investigation by our internal audit team we notified police and we are co-operating fully with the police investigation.

“A disciplinary investigation is continuing.”