An academic study at Saltdean Oval found that not mowing the grass led to a huge rise in flowers and wildlife. 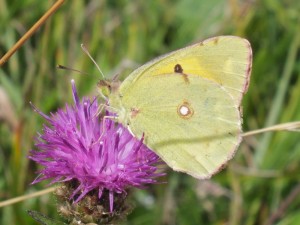 Researchers at the University of Sussex’s Laboratory of Apiculture and Social Insects (LASI) monitored areas of the park to see what would happen if the grass was left uncut for different periods of time.

They found that, during the course of one year, the blocks of unmown land at Saltdean Oval saw a three-fold increase in the density of flowers, while the numbers of flower-visiting insects such as bees, butterflies and moths was up to five times higher in the least-mown areas compared with the areas mown regularly as normal, every two weeks.

In particular, park visitors noted that they enjoyed more colour brought in by wildflowers and butterflies. Only one in ten said the scheme had led to a decrease in their enjoyment.

Also common were a few day-flying moths, such as Silver-Y (Autographa gamma) and burnets (Zygaena species). In addition to greater abundance of flowers, the unmown areas also presented important sites for resting and shelter for both butterflies and moths. 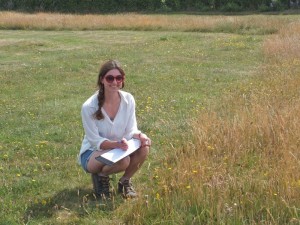 A global decline in pollinating insects, caused largely by human activities, such as the introduction of alien pests and pathogens, land use intensification or habitat destruction to make way for development or agriculture, is now of great concern to governments and conservation organisations.

The long-term consequences are likely to lead to reduced food production and a serious decline in natural environments.

While most conservation actions are aimed at natural or semi-rural environments, the Sussex researchers wanted to highlight how urban areas can support abundant and diverse communities of flower-visiting insects.

Lead researcher Mihail Garbuzov says: “These results present an encouraging example of a potential win-win situation in urban land management changes, where the interests of humans and wildlife are aligned.”

Professor Francis Ratnieks, the head of LASI and one of the researchers who carried out the project comments: “What we have done is to show that the new grass management scheme started by the parks department of Brighton and Hove City Council really works.

“The longer grass really does result in more flowers, bees and butterflies, and the public response is very positive. The parks department were smart. They have left plenty of short grass for picnics, games and so on.”

“Our study shows that in some parks and grass areas, encouraging wild flowers can be based on encouraging what you already have.”