A new residents parking scheme could be on the cards north of Preston Drove after residents approached the council. 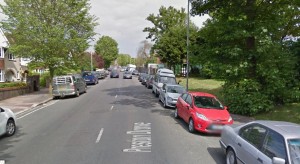 Brighton and Hove City Council’s environment, transport and sustainability committee is being asked to approve surveys of parking capacity and duration north of Preston Drove and east of the railway line early next year when it meets on Tuesday.

If surveys show parking pressure does exist, they are typically followed by detailed plans for a controlled parking zone (CPZ) being drawn up and residents voting on them.

It has also received requests for surveys in Hanover and Elm Grove, north of Hove Park, South Portslade and East Brighton.

The first two areas could have surveys started in the second half of 2015 if the committee approves.

Meanwhile, schemes in Bakers Bottom, Wish Park and Lewes Road Triangle are set to be given the final seal of approval.

And the Lewes Road triangle, which takes in streets between Lewes Road, Union Street and Upper Lewes Road (but not Lewes Road itself) will join Zone J.

Both theses follow consultations in which a majority of residents voted to have residents parking schemes.