Gang tie up and beat man before robbing Brighton church

A gang of five men tied up another man and burgled a Brighton church.

The victim, a 33-year-old man, was confronted by the gang when he opened the door of St Augustine’s Church, in Stanford Avenue, Brighton.

Three of the gang members were British and two were from eastern Europe.

They struck the victim in the face, tied him up and attacked him, demanding money and gold. 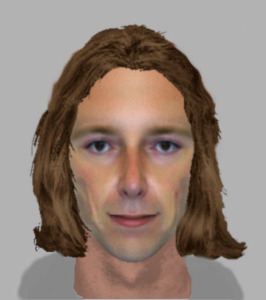 An efit of one of the suspects

Sussex Police said: “They eventually made off with some electrical items.”

The aggravated burglary happened on Monday 27 October at the church which is currently being turned into a multi-purpose community centre.

The force said that it was releasing an efit of one of the men wanted in connection with the crime.

DC Julian Harrison-Jones said: “We are hoping someone will be able to recognise this man.

“He is described as between 36 and 38 years old, between 5ft 6in and 5ft 9in, slim with shoulder-length straight hair with a centre parting, the roots were either dyed or greying at the roots and blue eyes. He was clean shaven at the time.

“He was wearing a light green waist-length jacket and a small black rucksack.

“Their victim suffered some really nasty injuries and we are keen to speak to anyone who saw or heard anything suspicious or who may have other information that may help our investigation.”

Anyone with information is asked to phone Sussex Police on 101, email 101@sussex.pnn.police.uk or call the independent charity Crimestoppers free and anonymously on 0800 555111.

Brighton is one of Britain’s busiest railway stations – official