A man who was jailed for a racist attack on a cabbie has been banned from every taxi in Brighton and Hove.

John Michael Hughes, 50, of Dean Gardens, Portslade, was given the two-year ban under the terms of an anti-social behaviour order (ASBO).

Brighton magistrates also ordered Hughes not to use or encourage others to use racist or abusive language in any public place in Brighton and Hove for the next two years.

If he breaches the order he could be sent back to prison. 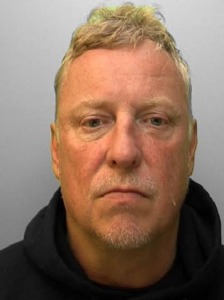 Hughes went up to an Asian taxi driver in George Street, Hove, on Saturday 24 May and made racist remarks to him then attacked him.

Hughes had already been convicted of being racist towards another taxi driver in August last year.

He had also been convicted for hurling similar racist abuse at two police officers, PC Vince Lam and Special Constable Elliott Abdo, both within days of each other in August last year.

Brighton and Hove City Council’s Partnership Community Safety Casework Team and Sussex Police’s Safe in the City Team worked together to obtain the ASBO against Hughes based on the offences he had committed.

The order was made under the Crime and Disorder Act 1998.

Sergeant David Palmer, from the Brighton and Hove Safe in the City Team, said: “The order on Hughes sends a strong message that racist behaviour will not be tolerated anywhere in this city.

“This is a great example of partner organisations in the city working together to deter an offender who has caused harm in our communities.”

Council leader Jason Kitcat, who chairs the Brighton and Hove Community Safety Forum, said: “No one should suffer from racial abuse or physical assault including people like taxi drivers and those working in the night-time economy.

“This case shows that we will work closely with our city partners to stop offenders in Brighton and Hove ruining people’s lives.

Councillor Kitcat added: “We will make use of the latest powers available to us to tackle anti-social behaviour and hate incidents which are specifically designed to tackle persistently anti-social individuals and those persons involved in criminal activity.

“If anyone experiences anti-social behaviour, we would urge them to make contact with our Community Safety Team or the police.”

Anyone experiencing antisocial behaviour should contact the Community Safety Team on 01273 292735 or email communitysafety.casework@brighton-hove.gcsx.gov.uk or report it to the police on 999 in an emergency or 101 if it’s not an emergency.