A drink-driver panicked after crashing his van into a bollard so abandoned it and went and hid in his mother’s house. 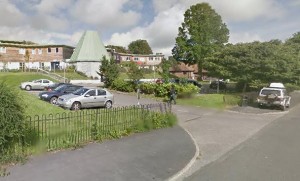 Thomas Fox smashed his white Ford Transit into the post in The Broadway off Whitehawk Road, Brighton, at 5.40pm on 28 December and fled.

After searching the area, officers traced him to his mother’s house in nearby Wiston Road where the 37-year-old gave himself up.

When Fox was arrested he was found to have 127 microgrammes of alcohol per 100 millitres of his breath – more than three times the 35 microgrammes legal limit. He had also taken cocaine.

Chief Inspector Phil Nicholas, of Sussex Police, said: “Fox had taken both drink and drugs so should never have been behind the wheel at all.

“He was lucky to have only crashed into a bollard – he clearly was not in control the van and could have easily hit another vehicle or a pedestrian. He could have killed someone.

“Both drink-driving and drug-driving are totally unacceptable and I would urge anyone who suspects someone is driving while over the limit to contact us urgently so that we can take action.”

When he appeared at Brighton Magistrates’ Court on 11 March, Fox pleaded guilty to drink-driving, failing to stop after an accident and possession of a Class A drug.

He was banned from driving for 36 months, given a six-month suspended sentence, made the subject of a three-month curfew and ordered to pay £85 costs and an £80 victim surcharge.