The Green MP for Brighton Pavilion Caroline Lucas criticised the government’s economic policy in a House of Commons debate on devolution and growth.

She also paid tribute to the late Liberal Democrat leader Charles Kennedy and made a couple of interventions making the case for a return to regional banking.

In her main speech she called for widescale investment in home insulation, a mass council house-building programme and rule changes to permit community energy groups to sell directly to consumers.

She said: “Like many other honourable members, I had hoped that the outcome of the general election would be rather different and that there might now be some sort of progressive alliance against austerity.

“Instead of that more positive outcome, the gracious speech hammers home the harsh reality: we are faced with another five years of cruel and counter-productive Conservative cuts.

“My party will continue to oppose those cuts on the grounds that the government’s austerity agenda is not only socially destructive but economically misguided.

“If we are serious about the theme for today’s debate – growth across Britain – continued austerity is not the way to achieve it.

“To counter the chief of the austerity myths, I say again that the cause of the deficit was not and is not spending on schools, hospitals, public services and social security but the result of a global financial crisis.

“The evidence is clear: averaged over its first six years in office, between 1997 and 2002, Labour kept the budget in balance.

“More importantly, the rise in deficit over those years was not due to increased welfare spending. Social spending as a proportion of GDP was more or less constant at about 9.5 per cent of GDP a year.

“It is a crying shame that those facts are not being heard more loudly and effectively. That has allowed the government to reframe an international financial crisis as one of public spending and to offer up the idea of cuts as a solution.

“Government investment can cut public debt much faster in the long run if that investment is directed towards infrastructure, R&D (research and development) and other areas that stabilise the economy, raise revenues and lower social spending.

“Let me briefly outline three areas where that investment should be directed. 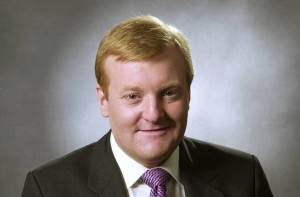 “First, we need to drive down energy bills for every family in Britain permanently. That should be done with a programme to insulate every home in Britain to energy performance certificate band C by 2035.

“In addition, it would significantly reduce the cost of cold homes to the NHS, which currently stands at £1.3 billion a year.

“More than 100,000 net jobs would be created over the decade from 2020 to 2030 and every household in Britain would be protected from the volatility of global fuel prices by a significant reduction in the need to purchase gas.

“Secondly, given the enthusiasm for decentralisation and community empowerment in at least parts of the gracious speech, the government should recognise and act on the huge potential for locally owned energy, with has benefits such as lower energy prices, new jobs and skills.

“One problem is that energy market rules currently make it impossible for community groups to sell the wind, solar and hydro that they generate directly to nearby homes.

“If they could do so, it would give the sector an enormous boost and really help to reduce fuel prices further.

“I hope that the Communities Secretary, who was a great advocate of decentralised energy in the past, will work with his equivalent in the Department of Energy and Climate Change to make that happen.

“Thirdly, the housing crisis in Brighton Pavilion is acute. Average house prices in the city increased by nearly 10 per cent last year, nearly double the average increase for England and Wales.

“A mass social and council house building programme is essential but, yet again, the government have got everything back to front: 95 per cent of government expenditure on housing is on subsidising rents and just 5 per cent on building more homes. 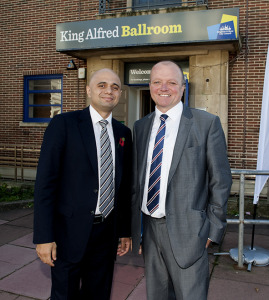 “We need to put that the other way round and the best way to get housing benefit bills down is to pay a living wage in the first place.

“Those are the kinds of housing policies that we needed in the gracious speech, not the widely criticised pre-election bribe to extend the right to buy to housing association properties, which will only further deplete our decimated social housing stock.

“Finally, the low-carbon, resource-efficient economy that we need cannot be built only from the top down. There must also be a powerful drive from the bottom up.

“That can be built only in our cities and regions. They must be granted more freedom from central control to innovate and experiment.

“I strongly believe that the Greater Brighton city region should be given far more powers, including the power to determine how that investment can best be spent locally.

“Crucially, we must also be aware that the government need to devolve not just powers but, significantly, budgets and revenue-raising powers.

“We cannot allow the decentralisation agenda simply to be a trojan horse for the government successfully to outsource a cuts agenda to local authorities.

“For example, why cannot we have a whole programme of issuing local bonds to enable investment in the kind of infrastructure that our cities need so much?

“I am afraid that this gracious speech was very disappointing, but members on the opposition benches will still be fighting to make it a lot better.”

More than two hours earlier in the debate Caroline Lucas intervened during a speech by the Labour MP and Shadow Business Secretary Chuka Umunna.

She said: “Does the honourable gentleman agree that economic devolution must include mending our broken banking system, which is sucking money into London? 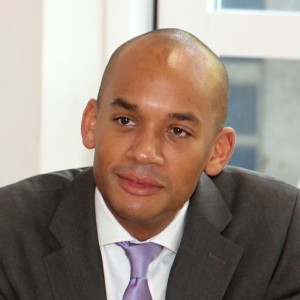 “Does he agree that, although the government are about to announce, I imagine, the selling off of RBS at a massive loss to the taxpayer, we should instead use our investment in RBS to create a local banking network to support small businesses and rebalance the economy?”

Mr Umunna said: “The honourable lady is absolutely right that when we look at economic devolution we should consider reform of the way banking works. I am a big fan of regional banking.”

And in another intervention, while the Business, Innovation and Skills Secretary Sajid Javid was speaking, she asked: “Will the secretary of state say whether his new enterprise bill will ensure greater access to affordable credit for small businesses, in particular by setting up a network of local stakeholder banks?

“That is what works in so many other countries.

“Instead of flogging off RBS, will he look seriously at transforming it into a network of local banks?”

Mr Javid said: “The honourable lady will know that we have taken a number of measures over the last five years to strengthen finance and access to finance, particularly for small companies, through the funding for lending scheme and the investment in credit unions, by relaxing some of the rules around credit unions – something I know she has supported – and through the British Business Bank and the more than £1.8 billion that it has helped to provide to some 40,000 businesses.

“We will continue to work on these measures because where she is right is that access to finance is key to continuing to see a fall in unemployment.”

At the start of her main speech she said: “I should like briefly to add my sincere condolences on the death of Charles Kennedy – a man of incredible principle, passion and humour. He will be hugely missed by us all.”