The Royal Mail is urging dog owners to be more responsible after the number of postal workers bitten by dogs in Brighton and Hove rose 9% to 47 in the past year. 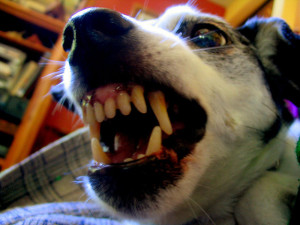 Since new legislation allowing owners to be prosecuted for dog attacks that take place on private property came into force in 2014, the number of attacks has fallen nationally, and the number of prosecutions has risen by 71%.

But despite this, the number of attacks in Brighton and Hove has risen.

Royal Mail is running a Dog Awareness Week this week, asking owners to do more to stop their pets injuring its staff.

Yesterday, it ran a drop-in session in Parliament with Battersea Cats and Dogs Home which was attended by Brighton Pavilion MP Simon Kirby.

He said: “Dog attacks are a significant issue faced by postmen and women, members of the public and indeed by myself and my volunteers when out leafleting.

“Royal Mail and Battersea Dogs and Cats Home and the police are doing a fantastic job promoting responsible dog ownership and I fully support this important campaign.

“I am fortunate that neither myself nor any of my team were the victim of an attack during the election campaign, although there were a few near misses!”

Shaun Davis, Royal Mail Group Director of Health, Safety, Wellbeing and Sustainability said; “We are pleased that Simon Kirby MP is lending his support to our important campaign.”