A popular Brighton pub has been given a poor food hygiene rating after a surprise inspection last month. 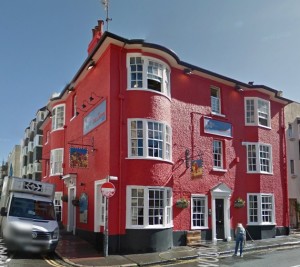 The Lion and Lobster in Sillwood Street, which was sold to a London pub chain last year for a record £4.5million, was given two stars by Brighton and Hove City Council after its hygiene inspector visited on June 10.

But the pub’s longstanding assistant manager hit out at the rating, saying it had been pulled up over issues such as not having enough towels and handsoap.

Danielle McGovern, who has been with the pub for six years, said this was the first time it had got fewer than four stars, and was due to be reinspected next month.

She said: “It was just sheer bad luck. The general manager and the head chef were away and we had a new sous chef who has now left.

“He was very new and the inspector was new too and she was a bit harsh. We were scored badly for simple things like there weren’t enough hand towels and designated hand soap.

“These have all been put in now and everything they have asked us to do has been done. Every member of the kitchen has been trained in allergens, food safety and health and hygiene.

The pub, which was sold by actor Gary Whelan to the City Pub Company last April, regularly makes lists of the best pubs in Brighton, with its roof terrace, candlelit booths and high quality food singled out for praise.

The City Pub Company, founded in 2012 by the team which sold its former Capital Pub Company to Greene King for £93million, saw a 76% rise in revenues last year thanks to its ongoing expansion.