Six former members of Brighton and Hove City Council are to be made honorary aldermen at a special council meeting this afternoon (Thursday 16 July).

Five of the six politicians being honoured retired at the local elections in May while the sixth became a member of the Older People’s Council after the leaving the council.

The report also said: “As recognition of eminent past services to a council, the council may, at a meeting specially convened for that purpose, confer the title of honorary alderman.

“The title is purely a mark of respect and does not confer on the holder any right to attend council or committee meetings or to be made any payment.”

To qualify, members usually have to have served as a councillor for at least 15 years or, for those who have given “notable service”, at least 12 years. Notable service can include having been mayor or a committee chairman.

The report also said: “The conferring of the title of honorary alderwoman or alderman is regarded as a mark of recognition for the work and commitment given by a former councillor to the authority, their ward and the city.

“All the group leaders have been consulted about the proposed admission of those listed to be conferred as an honorary alderwoman or alderman and were in agreement.” 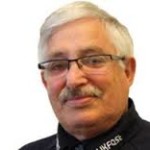 Bob Carden, 77, was born in Portslade and worked locally as an engineer. He served as a Labour councillor for North Portslade for 24 years and became mayor in 2005. He is related to Brighton grandee and long-serving councillor Sir Herbert Carden, who died in 1941 and after whom Carden Avenue is named. Bob Carden chaired the Planning Committee. 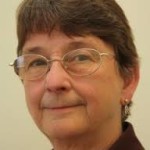 Jeane Lepper, 70, served as a councillor for Hollingdean and Stanmer. She became mayor in 2003, having been mayoress when her husband David was chosen to be mayor 10 years earlier, in 1993. He became the Labour MP for Brighton Pavilion in 1997. She also chaired the Planning Committee and the Licensing Committee. The couple celebrate their golden wedding anniversary next year.

Brian Pidgeon, 79, a former shopkeeper, won his seat in Patcham for the Conservatives in a by-election in April 2002 after the death of John Sheldon. 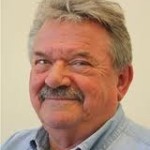 Bill Randall, 71, represented Hanover and Elm Grove for 12 years. He became the first Green council leader in Britain in 2011 and the first Green mayor a year later. He also served as the chairman of the Housing Committee until his retirement. Mr Randall, a journalist and housing expert, has since joined the board of Brighton Housing Trust (BHT).

Harry Steer, 83, is the treasurer of the Older People’s Council. The retired teacher represented North Portslade as a Labour councillor most recently, having sat for Elm Grove on the old Brighton Council. He became the first mayor of the city of Brighton and Hove in 2001 and was made an MBE in the 2008 New Year’s Honours List. 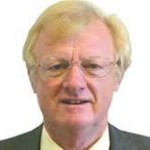 Geoff Wells, 70, represented Woodingdean for the Conservatives for more than 20 years. The retired plumber became mayor in 2010.

The ceremony is due to take place at Brighton Town Hall at 3pm today.