Drivers have been urged to avoid the A27 in the Shoreham area for the next few days as the airshow crash site is cleared.

Sussex Police said: “Investigators and specialist recovery teams have commenced the task of clearing the scene of an air crash at Shoreham in Sussex that happened on Saturday afternoon (August 22).

“Seven people are known to have died when a Hawker Hunter jet that had just commenced its display at the RAFA Shoreham Airshow crashed into the busy A27 trunk road between Brighton and Worthing around 1.20pm.

“Police have warned that there is every possibility that other victims will be found now that the recovery process has started.”

Chief Superintendent Tony Blaker, head of operations for Sussex Police, said: “Our priorities now lie with supporting those who have been affected by this desperately tragic incident. 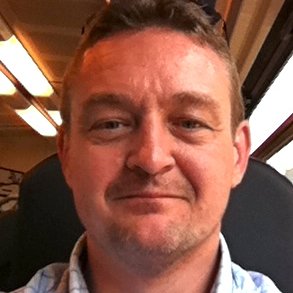 “The task of recovering those who died has commenced and then there is a significant investigation to take place, jointly held by the Surrey and Sussex Major Crime Team and the Air Accidents Investigation Branch.

“That is likely to extend over several days.

“We should have a better idea of that timescale over the next 24 to 36 hours.

“In the meantime, the road will remain shut and even at the weekend that is having an impact on traffic on local roads.

“Obviously, people do need to travel and will be returning to work on Monday but I would ask that the further away you are able to divert around Shoreham, the better.

“You will have undoubtedly seen a large amount of photos and video from the scene of the incident and some of those images may be of use to investigators.

“If you do have anything that you think may be of use, please let us know by emailing shoreham.aircrash2015@sussex.pnn.police.uk but please do not attach the files at this time. We will get back to you if we need your evidence.

“I am also aware that there are a quite a few images and videos from the scene in the aftermath of the crash that have been placed online that are extremely graphic.

“It is not our place to dictate what may or may not be published anywhere but, from a personal perspective, I would ask people to consider the feelings of those who have lost loved ones in this incident and indeed who may still not have heard from them and are seeking information.

“In the aftermath of the accident, we received a lot of calls from people who were worried about relatives and friends.

“Those who left the airshow on foot on Saturday leaving vehicles behind are now able to return and collect cars from the site but there is not egress for larger vehicles such as vans and people carriers at this time.”