The company that collected cash from parking machines around Brighton and Hove went bust owing the council £3.2 million.

The loss was not insured and Brighton and Hove City Council is unable to tell what chance it has of recovering the unsecured debt. It is believed to be unlikely to receive more than £25,000.

An audit report to councillors pointed out that at one point Coin Co International (CCI) owed the council more than £4.7 million.

The debt built up over several months even though CCI was contracted to deposit any cash that it collected within ten days. 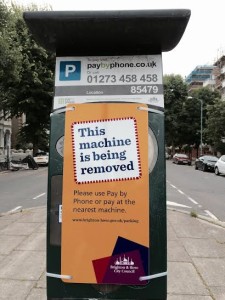 Officials said that lessons had been learnt but declined to say whether anyone had been held to account over the loss when quizzed by councillors this week.

It was allowed to hang on to the funds for up to ten days, enabling it to earn interest on top of the fees paid by the council. The money should have been paid into a separate and safe account by CCI but it wasn’t.

For the second time in three months, members of the committee expressed disbelief at the turn of events.

They were told that this was an unusual case yet the council’s previous cash collections contractor – Estate Security Southern – also went bust. The Kent company won the £1 million three-year contract in August 2006.

Less than a year later, in June 2007, it owed six-figure sums to Hastings Borough Council and Eastbourne Borough Council when it folded. Another local authority, Mid Sussex District Council, had a close escape. It cancelled the contract when it detected problems.

When Estate Security Southern went under, the council switched to CCI, based in Victoria Road, Burgess Hill.

CCI was set up by a former Metropolitan Police officer, John Baker, and his wife Doreen, in 1981. Mr Baker, 68, and Mrs Baker, 69, live in Wickham Hill, Hurstpierpoint.

As the business grew, their children joined the board – Sean Baker, 45, of St Wilfrid’s Road, Burgess Hill, and Joanne Baker, 43, of Belton Road, Brighton.

The initial contract was extended but by January last year there were delays handing over cash collected by CCI on behalf of the council.

Nevertheless, in February last year the company had started a fresh three-year contract worth almost £300,000 a year.

The outstanding sum rose over the next few months, reaching £4.7 million at one point, while CCI struggled with commercial disputes and a £500,000 hole in its balances.

Earlier this year John Baker said in a statement: “In March 2014 … the monies owed to Brighton Council were increasing.

“Despite our best efforts in July/August 2014 Brighton Council decided to cancel our contract and asked us to allow their auditors to undertake a review of our accounts.

“This followed with Mazars Accountants being given full access to all our accounts but once again nothing was highlighted by them.”

In late November CCI went into administration. Specialists from Baker Tilly tried to work out how shareholders’ funds of £1.3 million had become a deficit of £8 million in a matter of months.

They have asked whether CCI’s directors used some of the missing money for a deal with another company that they own called Angal.

In January this year about 90 officers from the National Crime Agency (NCA) swooped in a series of co-ordinated raids at six Sussex properties, including CCI’s offices.

The NCA said: “Five people have been arrested as part of a major joint investigation into the supply and importation of counterfeit pound coins worth around £1.2 million.

“On the morning of Tuesday 27 January around 90 officers from the National Crime Agency executed warrants at six locations in the Sussex area.

“They arrested four men and a woman at five different addresses on suspicion of importation, money laundering and offences under the Forgery Act.

“Searches were also carried out at a business premises in the Burgess Hill area. 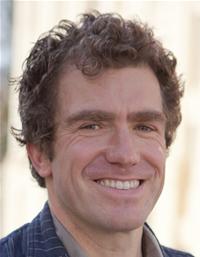 “Accompanying NCA investigators were officers from the Dutch fraud investigation service FIOD and an expert from the Royal Mint.

“A number of items have been seized and the investigation continues.”

National Crime Agency senior investigating officer Steve McIntyre said: “These arrests and searches were the latest phase of an ongoing international investigation looking into the supply of fake currency from the Netherlands to the UK.

“This investigation follows the closure of a Dutch mint suspected of manufacturing counterfeit coins in November 2013.

“This element of the inquiry is focused on the alleged importation and laundering of coins worth around £1.2 million and we will continue to work closely with our colleagues in the Netherlands and the Royal Mint.”

The five people who were arrested were bailed until July while the police made further inquiries.

Those arrested were John Baker, at his home in Hurstpierpoint, and his daughter Joanne, at her home in Brighton. 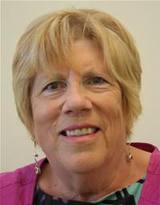 Two of the five people had their bail extended pending further enquiries – John Baker and one of his staff, who has turned 57 since his arrest.

The remaining three have been told that they face no further action although the investigation into counterfeit coins and money laundering is continuing.

“As the company is in the hands of an administrator they are now regulated by the Insolvency Service, part of the Department for Business, Innovation and Skills.

“They have their own prosecution department and are now the lead agency.”

The Insolvency Service said that it could not say whether a company or individual was being investigated but that the administrators’ task included preparing a conduct assessment.

It added: “There is a form on our website for people to fill in if they have concerns about any limited company.”

“This report is a public document which is filed at Companies House.

“The administrators are currently engaged in efforts to realise assets for the benefit of creditors.

“As this process is ongoing, we are not in a position to comment on the likelihood or level of payments to be made to either secured or unsecured creditors.”

By the time that Baker Tilly had sent its report to creditors in late June – after almost seven months – the firm had incurred costs of £634,000. Of that sum, Baker Tilly’s fees accounted for £385,000.

On Tuesday (22 September) the council’s head of internal audit Graham Liddell said: “This is a sensitive issue and an unusual case.

“The impact of CCI going into administraton should never have been as big as it was.

“CCI clearly had complex business arrangements which are under police investigation.”

Mr Liddell said that it was important to learn lessons from the episode which looks like leaving a £3.2 million hole in the council’s accounts.

Councillor Alan Robins said: “These people have taken our money and although they’ve gone into administration it must be somewhere and I’d like to know where it is.

“Has anyone been held responsible for this?”

The expert administrators last reported in late June and were still struggling to account for the missing millions.

Councillor Tom Druitt, who also runs a bus company, said: “Money should have been paid in the same day.

“How did the council get to a position where the council was owed more than £4 million and money was over a week late in being paid?

“Next time there’s a problem can we notice it sooner?

Mr Liddell said: “This contract was monitored on a monthly basis. Officers were extremely busy.”

Councillor Ollie Sykes said: “Even when there is a long relationship over a long period, it can still go bad.”

And Councillor Ann Norman said: “This is an extremely disturbing situation for officers and members

“We have learnt from this experience – the emphasis is on learning. But we have had a very uncomfortable and disturbing experience.”

A new contract for two years was awarded to a London company called BDI Securities in July last year.

The annual cost is £467,000 compared with the previous £300,000 a year cost – even though half the parking machines in Brighton and Hove are being removed.