One cause of traffic hold-ups on the A23 at Patcham has been removed with a clearer approach to parking.

Although the road is a clearway the markings – or lack of them – left drivers unclear about where they could legally park. 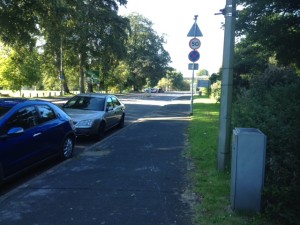 Councillor Lee Wares said that the issue had been raised by residents so he took it up with the traffic and highways officers at Brighton and Hove City Council.

He said: “Legal but unclear road markings made it potentially confusing for those parking in London Road alongside Patcham Place to know where they could and could not park.

This led to fines being issued, dangerous pedestrian crossing points and congestion as vehicles had to navigate between traffic islands and parked vehicles. 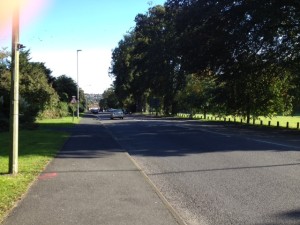 “With a little bit of thought and the spending of a relatively small amount of money redefining road markings, a huge difference to pedestrian safety and traffic flow can be achieved.

“Kerb space for parking wasn’t diminished and we didn’t have to introduce a controlled parking zone to fund it.

“As a gateway in and out of the city taking traffic from the A23 and A27, it is imperative that this junction is as clear as possible.

“Frequent inappropriate parking has seen large vehicles get stuck and traffic backing up as a consequence.

“Also, it never felt fair that fines were being issued to drivers who might have been unsure of where they could park. Now it is obvious.

“Pedestrian safety is also paramount and no longer will we have pedestrians having to dart between parked vehicles to cross this fast stretch of road.”

Fellow ward councillor Geoffrey Theobald, who leads the opposition Conservative group on the council, said: “This small but high impact project goes to demonstrate that low levels of investment on well thought out solutions can make a significant difference.

“If we could apply this approach across the city we could make such a positive difference to those that wish or need to drive while keeping pedestrians and other road users safe.”