Brighton man in court after police called to knifeman in pants

A man is due to appear in court on Monday after being charged with having a knife. 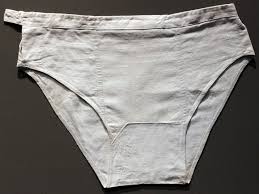 Andrew Carr, 37, unemployed of Montpelier Road, Brighton has been charged with possession of a knife in a public place after being arrested on Friday evening (January 8). He is due to appear at Brighton Magistrate’s Court.

Police were called to Western Road in Brighton at around 9.05pm on Friday (January 8) to reports of a man in just underwear carrying two knives.