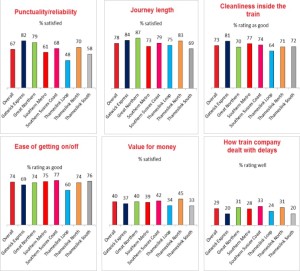 The National Rail Passenger Survey, published today, shows that Thameslink’s overall rating for August 2015 was 73%, less than any other operator in the country.

And now Transport Focus, which carried out the survey, is calling for passengers on services badly affected by delays to be given cheaper fares.

And when it came to value for money, Thameslink also found itself bottom of the pops, with just 33% saying it was worth the money, compared to 42% for Southern, and at the top of the table, 78% for Grand Central: London-Bradford.

“As I said to Govia Thameslink Railway at the Rail Summit organised by the DfT last week,  they need to get a grip now and sort out these performance issues to win back the trust of the public who have been let down by so many broken promises in the past.”

Anthony Smith, chief executive of Transport Focus, which compiled the report, said: “Punctuality and crowding drive passenger views of the railway. The value for money scores highlight the wide variations around the country and between different routes.

“Passengers rightly expect the train companies and Network Rail to keep to their basic promises with most trains on time, the right length and with few cancellations.” 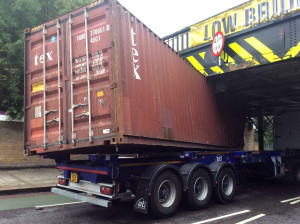 A spokesman for Govia, which runs both Thameslink and Southern, said: “Whilst it is encouraging that we scored better overall this year over last, we are still a long way off where we would like to be.

“Clearly poor performance links heavily with overall satisfaction, but we are working closely with Network Rail on a programme of improvements to track and signalling systems and we are also working hard to improve our own performance to give our passengers a more reliable and punctual service.

“Although there are still areas for improvement, it’s encouraging to see improvements in some of the key areas where we have been focusing our efforts, such as an increase in how we interact with passengers and dealt with difficulties during disruption, personal security and the availability of staff at our stations.

“Our score from the autumn 2014 survey for how staff handled requests was also maintained. There was also a rise in the helpfulness and attitude of staff on trains and a further increase to the information provided during journeys. These improvements are proof of our hard work in helping to enhance the customer experience.”

Transport Focus also called for the quick implementation of the Government’s welcome promise to cut the threshold for Delay Repay to 15 minutes from the current 30 minutes, with fares reduction for badly affected passengers would also help.