A man has been charged with attempted murder after another man was stabbed in Regency Square, Brighton, on 5 March. 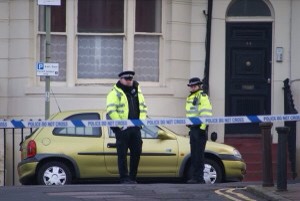 Alex Lanning, 18, of Manor Gardens, Ruislip, Middlesex, is also charged with possession with intent to supply class A drugs. He appeared at Brighton Magistrates’ Court yesterday and has been remanded in custody to await a further hearing date.

Police were called to Regency Square at 1.15am after a report of two men fighting. A 26-year-old man was found with multiple stab wounds and taken to hospital in a serious condition. He has since recovered and been released.
Lanning was arrested on suspicion of attempted murder on Friday (11 March) and subsequently charged.