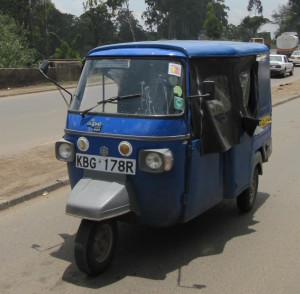 Stock image of a tuk tuk from Wikipedia

Firefighters were called at 8.15am to Fishersgate Terrace after the small vehicle overturned and began to leak fuel.

The crew used an environmental pack to make the area safe.

Firefighters were also called out to a fire in the public toilets at Vale Park in Vale Road at 6.20pm. They used buckets of water to extinguish the deliberate fire.

And at 10.27pm, firefighters used a hose reel to put out a fire in an industrial refuse container in Coleman Avenue, Hove.