Another student house must be converted back to family use

A government planning inspector has agreed with the city council that a Brighton landlord must stop using a family home to accommodate students. 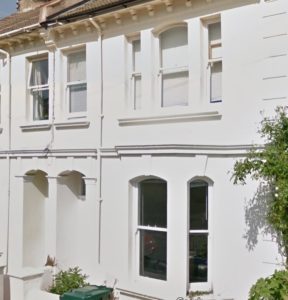 In April 2013 the council assumed special powers meaning landlords need planning permission to convert homes to Houses in Multiple Occupation or HMOs in five council wards. These are Hanover and Elm Grove; Hollingdean and Stanmer; Moulsecoomb and Bevendean; Queens Park, and St Peter’s and North Laine.

The property was converted in 2013. It has six bedrooms, plus a shared lounge, kitchen, bathroom and toilet. An enforcement notice was issued to Mr Hermon last November.

The inspector concluded six individuals sharing a house would generate more noise and disturbance than would a family. The profile of occupants meant this is more likely to encroach on unsociable hours, said the inspector. He rejected claims that the property had not harmed the living conditions of adjacent occupiers – citing a complaint made by a neighbour. He said the HMO would cause an unacceptable additional adverse impact on the character and amenity of the area.

Council policy says permission will not be granted on a property if 10 per cent of homes within a 50 metre radius are already HMOs. The council says the figure around number 21 was almost 24 per cent; while the owner said it was almost 23 per cent. Either figure, the inspector said, breached a policy which was sound in order to create balanced communities.

Dismissing the appeal Mr Woolnough said use of the property as an HMO must cease three months after his decision, which would be August 20.

Chair of the planning committee Cllr Julie Cattell said: “We take this issue very seriously and will always seek action against landlords who set up HMOs without planning permission in areas where the limit has been exceeded. I’m very pleased that the government’s Planning Inspectorate has backed our policy, which was developed to help us protect neighbours and to maintain balanced communities.”

Deputy chair of housing and lead councillor for private rented homes Tracey Hill said: “The proliferation of HMOs in some parts of the city has been a great concern to residents. It’s good to know that government inspectors support our policies to maintain a mix of housing types, including family housing that the city so badly needs.”

An HMO is defined as any property where three or more unrelated people live in a house, sharing facilities. As well as needing planning permission in the five wards, HMOs often require a council licence to ensure decent standards of accommodation and management.

This is the third house which a planning inspector has said must be converted back to family use.

However, landlords are attempting to find ways around the ruling. The first, at 17 Bernard Road, was originally told to convert back to a family house from a large HMO in August 2014 after failing to get planning permission. The owners, Mr and Mrs Donald Rayward, appealed the enforcement notice which was dismissed by a government inspector in June 2015.

However, they then applied to turn the house into a small HMO by reducing the number of bedrooms by one. This was refused, and they have now appealed that decision.

Meanwhile, students continue to live at the house, paying rents of about £3,000 a month – almost two years after the landlords were first told to convert it back.