After countless top-down reorganisations of the NHS over the last few decades, it has become abundantly clear that if you really have to change the system, it needs to be done carefully, rationally, and above all, led and owned by patients, frontline staff and communities.

That’s why it’s so disappointing that the latest plans, to merge service planning and budgets between Surrey, Sussex, and Brighton and Hove, seem to be repeating the mistakes of the past and excluding patients and front-line staff from the process entirely.

The implication is clear – this is yet another top-down reorganisation with no evidence that it can deliver.

The policy was announced in December 2015, and requires regional “footprints” (areas) to be established to create “Sustainability and Transformation Plans” by the end of this month.

It all sounds so benign, doesn’t it? The reality is that it could be the greatest threat to our NHS. 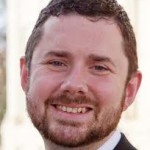 This is not an evidence-based move and it isn’t a response to popular demand for more NHS reform. It’s a rushed botch-job and I wouldn’t be surprised if it has escaped most people’s notice.

What is even more worrying is that while these footprints are expected to deliver greater integration between health and social care, councils and communities have been systematically excluded from key points in the process.

According to the Public Sector Executive, two thirds of councils in the country have been shut out from the process to select a leader for each footprint.

At the last meeting of the (Brighton and Hove) Health and Wellbeing Board it was telling that even senior council officers had substantial questions about the process. Not surprising given that there’s been minimal information and zero public consultation.

Policies that are brought in under the radar always make me question what hidden consequences they may herald.

Since the 2013 Health and Social Care Act scrapped the Secretary of State’s legal duty to provide comprehensive and universal healthcare, and extended a market-based approach to the NHS, the opportunities for full-scale private sector involvement in the NHS have been ripe. Which makes the latest moves so alarming.

All it could take now is a concerted push. Such a push might just come from a requirement for regional footprints to achieve financial balance. That means our region absorbing the massive £100 million deficit facing Sussex hospitals and bringing accounts back into balance.

Facing the challenge of making this work, footprints may be lured into private sector deals which will drive down service quality and pave the way for healthcare charges. 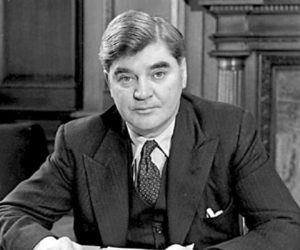 Our beloved NHS is facing a crisis. Despite repeated warnings that austerity would drive up NHS pressures, the government has failed to provide the funding that the entire health and care system needs.

Their response with these latest plans is to “devolve” the problem to regions while excluding local residents and their democratically elected representatives from the process entirely.

This is not the kind of change the NHS needs.

As Aneurin Bevan, the father of the NHS, wrote: “(The NHS) will last as long as there are folk left with the faith to fight for it.”

Now is the time to be heard. We will lobby the next meeting of the health and wellbeing board on Tuesday 7 June from 4pm at the Brighthelm Centre.

To find out more about a national campaign against STP, click here.

Councillor Phélim Mac Cafferty is convenor of the Green group on Brighton and Hove City Council.