Brighton church to be turned into flats

A 19th-century church in Brighton is to be turned into flats after plans for the conversion were approved yesterday (Wednesday 13 July).

The plans to convert Clermont Church, in Clermont Terrace, near Preston Park, into six flats were agreed by Brighton and Hove City Council Planning Committee.

Councillor Nick Taylor objected to the conversion of the church on behalf of himself and his fellow Withdean Ward councillors, Ann and Ken Norman. His concerns included parking, the loss of the community space and fears that the flats would not be in keeping with the heritage of the village.

By contrast Councillor Michael Inkpin-Leissner said: “I am always pretty sad when places of worship go but I like the design and the heritage support is very important for me.

“If there are problems, I encourage the developers to deal with them right away.

“I agree to the suggestion to provide free bus passes as part of the travel plan scheme and to support the car club.” 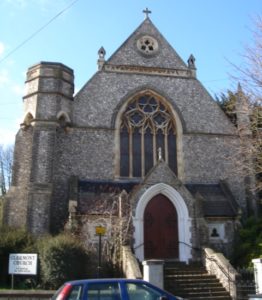 The Planning Committee granted the application after previous attempts to provide a community facility had failed.

Reasons include lack of disabled access, no toilets during term-time and the prohibitive cost of maintenance and heating which has made the church hard to let as a community centre. Clermont has not been used as a church since 2006.

Millionaire Robbie Raggio will build one three-bedroom flat, two one-bedroom flats and three two-bedroom flats. RSP Architects, based in Hove, have put together the designs, adding another storey.

The architectural integrity of the church, built in 1877, will be preserved, the committee was told.

The members voted unanimously in favour of the flats.

They also voted unanimously in favour of turning plans for 107 Marine Drive, on the coast road in Rottingdean, into seven flats and two semi-detached houses. Access for the new homes will be from Chailey Avenue.