Man who robbed and raped Hove pensioner jailed for 10 years

A judge has jailed a man for 10 years for robbing and raping a 69-year-old pensioner from Hove.

Lupu was caught after Sussex Police shared CCTV footage of him on social media as officers tried to work out who he was.

A senior detective thanked everyone who shared the pictures of Lupu and said: “Without your help we would not have been able to identify him as quickly.”

The victim took the bus from Hove to Worthing on Sunday 8 May. Sussex Police said: “She became confused and disorientated during the evening and was unable to work out how to get home.

“She withdrew £200 from her bank account and made her way into the Montague Centre where she stood outside McDonald’s.

“At around 1am, Lupu approached the victim and CCTV captured him walking along South Street carrying her handbag and her following. 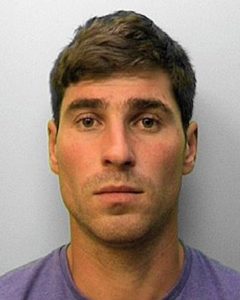 “The next camera, outside TK Maxx, shows a struggle between them as she tried to get back her bag, before he’s seen leading her away.

“They ended up in the nearby Barclays Bank car park where he raped her and stole the £200.

“Lupu left her in the car park and returned to dump her bag after taking the cash.

“The victim was able to walk to the police station where she reported what had happened. Although she was very confused, officers were able to establish what they believed had happened and offer her the right support while they began their investigation.

“The CCTV from the town centre was trawled through and they soon had their suspect. The footage showed the suspect walking past the Co-op in Rowlands Road and through the pedestrian area of Montague Street.”

Detective Chief Inspector Tanya Jones, from the Surrey and Sussex Major Crime Team, who led the investigation, decided to release pictures of the suspect.

In early June the pictures were shared on social media. Sussex Police said that 555 retweets reached more than 55,000 people.

The force said: “One of those people who viewed it thought she recognised the man and, although she couldn’t remember much about him, she was able to give a small amount of detail.

“The images were also spotted on social media by the suspect’s parents who recognised their son and they told him to return to Worthing from Romania where he had been visiting family.”

Detective Chief Inspector Jones said: “The images we released showed him walking through Worthing and we were hoping someone might recognise him.

“We also shared them on social media, which had the desired effect, the public began to share them and within three days we had a snippet of information.”

A woman rang with some potential names and where she believed they might work, Sussex Police said. 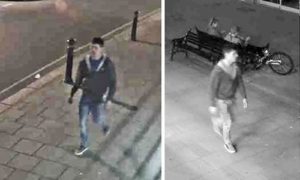 Officers visited the car wash where Lupu had connections and one of the staff members was able to contact him and he agreed to meet officers.

Sussex Police said: “Gabriel Lupu, 23, a car valeter, of West Buildings, Worthing, was arrested and charged with rape and robbery.

“Detectives showed him and members of staff the CCTV image and they all agreed it was him. He was arrested just over two weeks after the pictures were released.

“Lupu initially denied he had any involvement in the rape or robbery. However, his DNA was found on her body and on the receipt she got when she withdrew the money, linking him directly.”

At Hove Crown Court today Judge Barnes jailed Lupu for 10 years for raping the pensioner and for four years for robbery. The sentences will run concurrently, making 10 years in total.

The judge ordered that Lupu be deported back to Romania on his release from prison. He will remain on licence for a further five years after his release and will be on the sex offenders register for life.

“Thankfully he has now pleaded guilty sparing her of the trauma of the trial and he will now spend a long time in prison and will be deported.

“I would like to thank the lady who phoned with the smallest amount of information but it was vitally important to start working out who Lupu was.

“I would also like to thank every person who shared and retweeted the CCTV image. Without your help we would not have been able to identify him as quickly.”