Raymond Briggs spoke about the tears he shed over Ethel and Ernest – the newly released film about his parents. 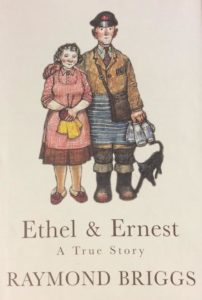 The author and illustrator, who lives between Ditchling and Plumpton, took questions from an audience at Duke’s at Komedia in Brighton yesterday (Sunday 30 October) after a screening of the film.

He was joined by the film’s director Roger Mainwood, whose niece Ellen Mainwood is the manager at Duke’s at Komedia. The Q&A came just two weeks after a similar session at the London Film Festival where the animated film was given its premiere.

After watching the film Mr Briggs, 82, said: “I was absolutely thrilled to bits. They’ve done it so well, I’m knocked out by it.

“I spent all the time watching this and blubbering away. There’s a soaked handkerchief here. I don’t know what it is that’s so upsetting about it.” 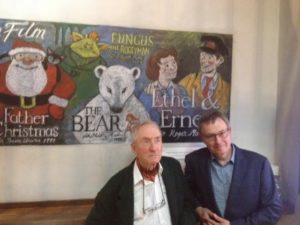 He said that he had previously watched the film on his iPad at home and said: “Every time I did I soaked another handkerchief.”

He praised the team behind the animation, saying: “They’re a clever lot.”

And there were a lot of them – the crew of about 300 people included 175 artists with 112 animators and assistant animators among them.

The film is made up of 70,000 hand-drawn frames and several hand-painted backgrounds. 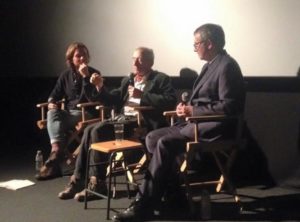 Mr Briggs drew the story of his parents in a book also called Ethel and Ernest which was published 18 years ago.

“When they were reading it, I was sitting in the audience. I was in tears the whole time for two days because I thought my parents were in the room.”

He said that he had no idea which actors were available when the parts were cast but added: “They did the voices so perfectly. It’s unbelievable. They couldn’t have been better.”

Mr Briggs taught illustrating at the Brighton School of Art from 1961 until 1986 by which time it was Brighton Polytechnic and has since become Brighton University. 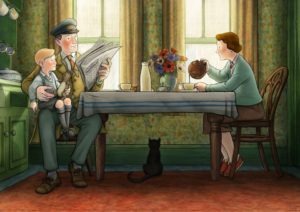 An animated sequel to The Snowman film – The Snowman and the Snowdog – inspired the Martlets hospice charity’s fundraising Snowdogs which can be found across Brighton and Hove at the moment.

Ethel and Ernest is now showing at Duke’s at Komedia and the Duke of York’s.

The end credits have another local link – a new song, In the Blink of an Eye, by Paul McCartney who used to have a home on Hove seafront.