The 32-year-old singer, whose real name is Rory Graham, was presented with the award by Radio 1 DJ Nick Grimshaw and the singer Rita Ora at the O2 Arena in London. 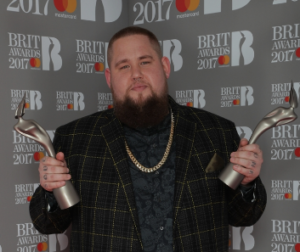 “This means a lot to me. I’m like ten years deep in this so, yeah, I don’t know what else to say.

“I thought I was going to be able to reel off something but I can’t. I’m speechless.”

His album Human is currently No 1 in the UK chart – it is the fastest-selling debut album of the decade so far – while his single Human is No 2.

The singer, who comes from Uckfield, wore a suit designed by the Brighton tailor Gresham Blake for the awards ceremony.

He is currently on a sold-out tour with dates in New York, Paris and, of course, Brighton. He is due to play the Dome on Saturday 20 May. Tickets cost £16.50 but fans will have to hope for returns.