An architect has been told that she can build a home in Hove for her parents after planners were advised to reject her design.

She asked Brighton and Hove City Council for planning permission to build a five-bedroom house for her parents in Tongdean Avenue, Hove.

But officials took exception to the “inappropriate design and detailing” – and a report to the council’s Planning Committee recommended refusing the application.

The report said: “The zinc roof would be an alien feature.”

The shallow pitch of the roof and the windows came in for criticism too and the report said that the proposed house would “stand apart from its neighbours”.

The report also said: “The development would appear unduly dominant and incongruous within the street scene and would be detrimental to the character and appearance of Tongdean Avenue and the wider conservation area.” 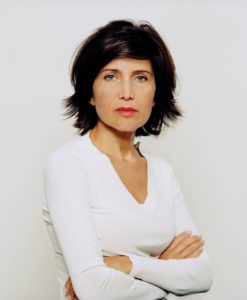 Councillors argued that the objections appeared to come down to taste – and that the neighbours were overwhelmingly supportive.

They backed the plans for what Farshid Moussavi described as “a very personal project”.

The Iranian-born British architect has been feted around the world. She is professor in the practice of architecture at the Harvard University Graduate School of Design.

She has also taught at the Academy of Fine Arts in Vienna, the Architectural Association and at Columbia, Princeton and the University of California in Los Angeles.

In 2015, she was elected a Royal Academician. She she has completed significant projects in America, London, Paris, Madrid, Barcelona, Istanbul and Tokyo.

The seal of approval from the council comes just over a year after a similar design for the site was rejected. Now she can build her parents’ a dream home for their retirement.