Pregnant sheep flock on to Falmer Road in Woodingdean

A hiker who left a gate open inadvertently opened the way for a flock of almost 100 pregnant sheep to run on to a main road in Woodingdean. 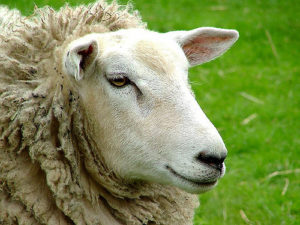 The sheep were fleeing a dog which had been let off its lead by its owner, who was unaware that the sheep were in the road. One of the ewes may need to be put down after receiving a deep bite to its neck.

Police are now warning people to take more care when walking in the countryside. The great escape happened early on Sunday 5 March when police received a number of calls from members of the public reporting up to 100 sheep on the road at Bexhill Road.

When police attended, around 30 to 40 sheep were seen running towards Falmer Road from the fields alongside Bexhill Road.

It transpired that a member of the public had passed through private fields over the weekend at the farm in Rottingdean and left the gate open allowing the heavily pregnant flock to escape and run into the road.

Cars had to avoid the sheep along Bexhill Road and it was here a dog walker with his dog off the lead unwittingly came across the flock. One of the dogs chased the flock on to a main road resulting in police having to close Falmer Road for a short time.

The same dog also caused significant distress to the flock, many of which were about to start lambing. Sheep worrying like this can cause miscarriages and stillborn births to pregnant ewes.

A ewe also received a severe bite to its neck area and it is still unknown whether it will survive the incident due to the likelihood of infection.

PC Lou Douglas said: “Be aware if you are out walking in the countryside, particularly dog walkers or hikers, about where sheep are in fields.

“Always securely shut gates after passing through public footpaths and bridleways and do not enter private land. Keep dogs on leads around any sheep or livestock or immediately get control of dogs when they are off a lead.

“The owner of the dogs involved in this incident have been identified and have been given words of advice.”

Sergeant Tom Carter, wildlife and rural crime lead for Sussex Police, added: “At this time of year, most ewes are in lamb and stress caused by dogs can cause them to abort.

“Even the most docile of pets can turn killer and even the best behaved of dogs can become uncontrollable. A landowner is able to shoot a dog that they believe is worrying sheep – and that includes if they are running after them or chasing them, not necessarily physically attacking them.

“Don’t walk your pet away from where you are permitted to be and always be aware of livestock – it may not be in sight, perhaps hidden by vegetation or the lie of the land.”