Pensions will keep rising, the government’s Work and Pensions Secretary said after visiting a retirement home in Hove today (Wednesday 10 May). 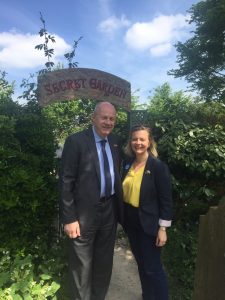 There have been questions about the Conservative government’s commitment to its existing policy on pension rises, with Mr Green believed to favour a more affordable approach.

The current Conservative policy is called the “triple lock” – a promise to raise pensions each year by 2.5 per cent or the rate of inflation or the rise in average earnings, whichever is higher.

Mr Green declined to say whether the triple lock guarantee would be in the party’s manifesto but insisted that pensions would continue to go up.