A Brighton burglary suspect is believed to have carried out another break-in since Sussex Police issued a public appeal last month for help finding him. 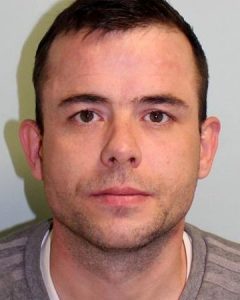 The force said yesterday (Friday 7 July): “Police are still searching for Nicholas Cooney, who is wanted on suspicion of committing two burglaries in Brighton and a third in Peacehaven.

“The 41-year-old, of no fixed address, is wanted in connection with the incidents at Mooch hairdressers, in New Road, on Tuesday 13 June, and at the Giggling Squid restaurant, in Market Street, on Tuesday 20 June.

“Since an appeal for his whereabouts was issued in June, he has also been linked to a burglary at JLT Hairdressing in South Coast Road, Peacehaven, between Tuesday 27 June and Wednesday 28 June.

“Anyone with any information about his whereabouts is asked to report it online quoting serial 138 of 20/06.”