A drug dealer has been jailed after being caught with a half-kilo stash of cocaine in Brighton.

Sussex Police said: “Half a kilo of cocaine was taken off the streets after police discovered it in hidden in a carpet cleaner in the boot of a car. 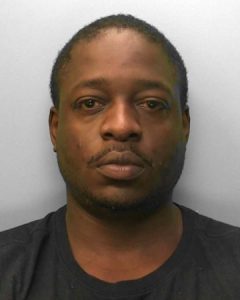 “The car, a black Lexus IS220D, was wanted by police after it had been marked as being driven without insurance along Preston Road, Brighton.

“It was discovered parked outside the Grosvenor Casino in Grand Junction Road, Brighton, on (Monday) 20 March.

“Sitting inside was Shingai Bayayi, 35, from Bouverie Gardens, Purley, Croydon, who admitted to police he had no insurance or driver’s licence and no form of identification to prove who he was.

“Bayayi, who stated he was a carpet cleaner, was arrested on suspicion of driving offences and the car was seized under section 135 of the Road Traffic Act for no insurance and to be searched for drugs.

“Initially, the officers did not find anything suspicious in the vehicle but a large carpet cleaning machine in the boot of the car rattled as it was being removed from vehicle prompting officers to take it apart.

“Inside they discovered a large Foot Locker carrier bag with the hidden stash of cocaine inside the water container section.

“Bayayi was charged with the use of a motor vehicle on a road or public place without third party insurance, driving a motor vehicle otherwise than in accordance with a licence and possession with the intent to supply a controlled class A drug (cocaine).

“He appeared before Brighton Magistrates’ Court on Tuesday 11 April where he entered a not guilty plea.”

Bayayi was listed to appear at Hove Crown Court a week later and then at Guildford Crown Court on (Wednesday) 16 August where he changed his plea for the three offences to guilty. 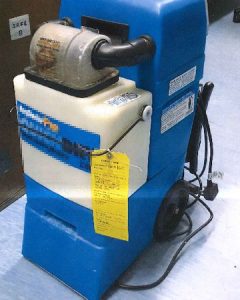 Half a kilo of cocaine was hidden in this carpet cleaner

Sussex Police added: “Bayayi was given a six-year custodial sentence, receiving a 10 per cent reduction for his early guilty plea.”

Detective Constable Shirley White said: “We did not expect to find the stash of cocaine in the car when it was first spotted outside the casino.

“Searching the vehicle was standard protocol but as soon as we lifted the cleaning machine out of the car we knew there was something not quite right.

“It was the quick thinking of the police officers to dismantle the machine that led to us taking a large amount of cocaine off the streets.”