Councillor Morgan will meet fellow Labour councillors as party members and branches position themselves to start the process of choosing who will stand at the next elections.

A party insider said that there would be a heated discussion about “whether Warren should stand down for the good of the party”.

On Thursday (26 October) he faced a call to resign from senior party officials made up of Brighton and Hove’s three Constituency Labour Party chairs and the three CLP secretaries.

They were joined by the party’s regional secretary at a meeting at the party’s Dorset Street office in Brighton. Two councillors – Tracey Hill and Clare Moonan – were also present.

Councillor Morgan told the CLP chairs and secretaries that he would not resign.

And at a recent previous Labour group meeting – the regular meeting of the party’s councillors – the leader came in for criticism from Brighton Kemptown CLP chair Miriam Binder.

He was also urged to stand down by fellow Labour councillor Kevin Allen in an email last weekend which was sent in reply to criticisms aired in an earlier email from a ward colleague.

Councillor Julie Cattell who, like Councillor Allen, represents Preston Park Ward on the council, sent her 2am email to more than 20 colleagues about four hours after a heated branch meeting.

She wrote: “Tonight at the Preston Park Ward meeting you reached a new low.

“In response to my comprehensive five-page ward report, sent to our 600 members, you admitted that you had ‘little to report’ on your recent activity as an elected ward councillor.

“So instead you used your slot to launch a disgraceful attack on Warren and his brave stance on racism at conference.

“I was utterly disgusted that some members actually applauded and supported you.

“Only minutes before, the ward had passed a motion in support of a member who had been expelled without being given the opportunity to defend himself.

“Your hypocrisy in similarly condemning Warren was breathtaking.

“Fortunately there were a number of people in the room who could see that.

“Had you bothered to turn up to Labour group on Monday, you would have heard Warren set out his case and the honest and at times very difficult and upsetting debate that followed.

“Instead you took the opportunity tonight to undermine Warren and by association your fellow councillors, Labour Party members lest you forget, who have been working hard over the last two and a half years in the best interests of the residents of our city.

“Fortunately, at my suggestion, the meeting agreed to invite Warren to our next ward meeting.

“I trust you will afford him the courtesy of attending.”

It was this email, colleagues said, that spurred Councillor Allen to call on the council leader to quit.

In his email to Councillor Morgan, Councillor Allen started by writing: “From Julie’s overwrought diatribe you will have gathered that I made critical remarks about you at the Preston Park ward meeting last Wednesday (18 October).

“This is what I said, plus some additional reflections.

“I explained that almost immediately after Jeremy Corbyn’s conference speech (which I watched on television) I left for a holiday in Germany.”

He ended his email by saying: “Warren, you deserve a good deal of credit for the coherence of this Labour administration. 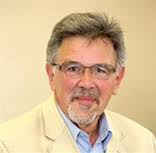 Some recent criticisms have focused on Councillor Morgan writing to the party’s national general secretary about claims of anti-semitism at a fringe meeting during the annual party conference.

But the underlying reason for tensions escalating is that nine local branches are preparing to hold their annual general meetings (AGMs) and choose the membership of Labour’s Local Campaign Forum (LCF).

The forum – and its executive committee – will have a key role in deciding who is selected to stand at the next local elections in 2019.

And, as nationally, the divisions reflect the differences between supporters and critics of the national party leader Jeremy Corbyn.

Before the general election in June, only two councillors were widely regarded as Corbynite.

But, given Mr Corbyn’s better than expected performance, and his supporters’ successes in local party elections, a few more councillors appear to have accepted the shift in what one called “the party’s centre of gravity”.

The Local Campaign Forum is expected to meet for the first time later this month.

If, as expected, it is dominated by supporters of Mr Corbyn, a key question will be how the selection process for council candidates is run.

It may also try to wrest responsibility from writing the party’s local manifesto off of the Labour group of councillors.

One party official did not expect any sitting councillors to be actively deselected but said: “There won’t be a block on anyone standing but several people can be expected to put themselves forward as candidates.”

In other words, several of Labour’s 22 sitting councillors face a serious challenge from Mr Corbyn’s supporters.

One person close to the process said that this might help explain the shifting allegiance of some councillors.

They also said that some of the correspondence between officials and councillors may be shared with delegates to the LCF before its first meeting – scheduled for Sunday 26 November.

There were different versions of what was happening and some people were keen to “counter the rumour mill”.

They added: “As soon as someone pokes their head above the parapet, they get a lot of grief.”

The next branch meeting when LCF delegates will be picked – for the Wish and Westbourne wards in Hove – is due to take place on Wednesday 1 November.