The Seagulls were desperate unlucky not to come away from Old Trafford with a point.

Former England international Ashley Young saw his shot deflect off Lewis Dunk’s shin and over the head of Albion goalkeeper Maty Ryan with just over 20 minutes to go.

Albion had looked the better team for large parts of the match.

Anthony Knockaert found plenty of space to fire in crosses. Glenn Murray, Pascal Gross and Knockaert himself all had good chances to put Albion ahead in the first half.

Both Albion full backs Bruno Saltor and Gaetan Bong were getting up and down the byline at every opportunity. 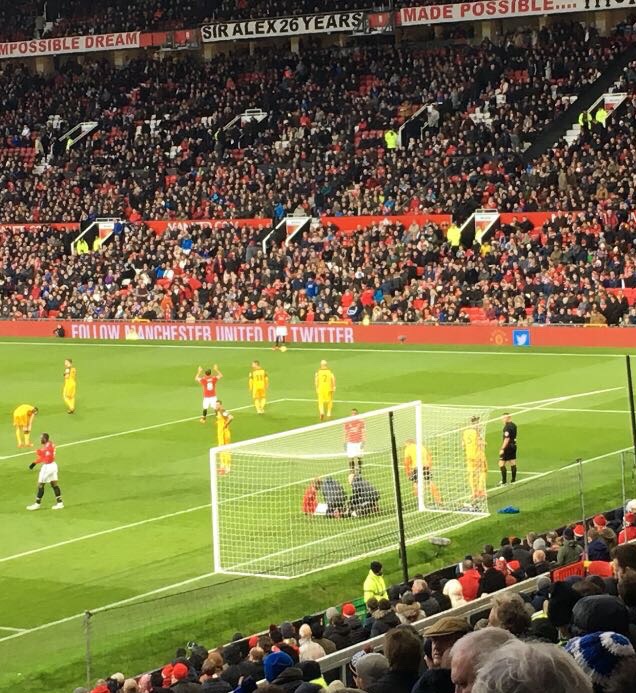 Towards the end of the half Romelu Lukaku headed a chance wide and Ryan kept out a Paul Pogba goalbound effort with a fine save.

Albion carried on the the same vien as the second half started. Gross fired a couple of crosses across the six-yard box, with one particular Cruyff-esque turn wowing the United fans.

As Knockaert reached for a challenge with Victor Lindelof, he appeared to be clipped. Knockaert stayed down and looked in pain as United steadfastly refused to kick the ball out of play.

Murray had another chance from a Davy Propper pass but got the ball tangled under his feet as David de Gea looked slow to react.

United’s goal came indirectly and after a dubious corner after the ball was adjudged to have come off Solly March. Shortly afterwards Young’s shot deflected in.

Albion had other chances before the end, most notably falling to Dunk, but they were unlucky not to end this match with a point.