Youngest ever mayor chosen for Brighton and Hove

Brighton and Hove is to have its youngest ever mayor after councillors unanimously picked a Green colleague, Alex Phillips.

At 32, and with a new-born baby, Councillor Phillips is already the second longest serving Green member of Brighton and Hove City Council.

The charity campaign manager and former secondary school languages teacher was chosen at a meeting of the full council at Hove Town Hall on Thursday (14 December).

She was nominated to serve as deputy mayor from May, when the current deputy, Conservative councillor Dee Simson, will take over as mayor from Labour councillor Mo Marsh.

Councillor Phillips, whose son was born just eight weeks ago on Friday 20 October, would be expected to become mayor for a year from May 2019.

She would need to hold her seat in the local elections which are also scheduled for May 2019. She represents Regency Ward with her husband and fellow Green councillor Tom Druitt, founder of the Big Lemon bus company.

Another Green, Geoffrey Bowden, had been expected to join “the chain gang” in 2015 but lost his Queen’s Park seat.

Councillor Phillips became the youngest member of the council in 2009 when she was 24. She won a by-election in Goldsmid Ward in Hove, taking the seat from the Tories.

She had previously worked for Caroline Lucas in Brussels when the Brighton Pavilion MP was serving as one of the MEPs (Members of the European Parliament) for South East England.

Her language skills were put to use teaching French and German at a secondary school in Croydon – as a councillor she is not allowed to teach in local authority maintained schools in Brighton and Hove.

She later taught in Hampshire before switching to a job with the Terrence Higgins Trust, the HIV and sexual health charity. She has also served on the board of BHT (Brighton Housing Trust). 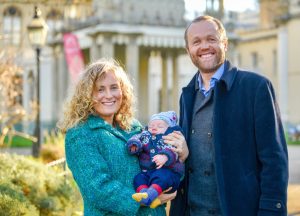 On the political front, she ran for the deputy leadership of her party in 2012. But with the election of Natalie Bennett as national leader, the party’s rules dictated that the deputy should be a man.

And she came close to becoming an MEP herself in 2014. She was second on the party’s list of candidates after former Brighton councillor Keith Taylor, who took his seat in Strasbourg from Caroline Lucas.

On the council, Councillor Phillips speaks for her party on the Children, Young People and Skills Committee and is a member of the Licensing Committee.

Born in Liverpool, the daughter of a BBC radio presenter, Councillor Phillips is steeped in politics but will be expected to be neutral in the mayoralty.

The job includes representing the city and the council, receiving visitors and chairing meetings of the full council. 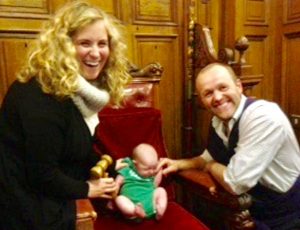 She said: “Brighton and Hove is an extraordinarily wonderful city and one that I have been proud to serve as a councillor for almost ten years.

“The mayoralty is a special honour and an opportunity to celebrate the place I call home as the open, forward looking, internationalist City of Sanctuary that it is.

“I would like to use my time as mayor to reach out and engage with every community in the city, with a special focus on women, children and minority groups.

“As one of the younger councillors and a mother, I would also like to show young women and girls that in the 21st century they can be mayor, even with small children.”