Attenborough Centre for the Creative Arts, until January 6 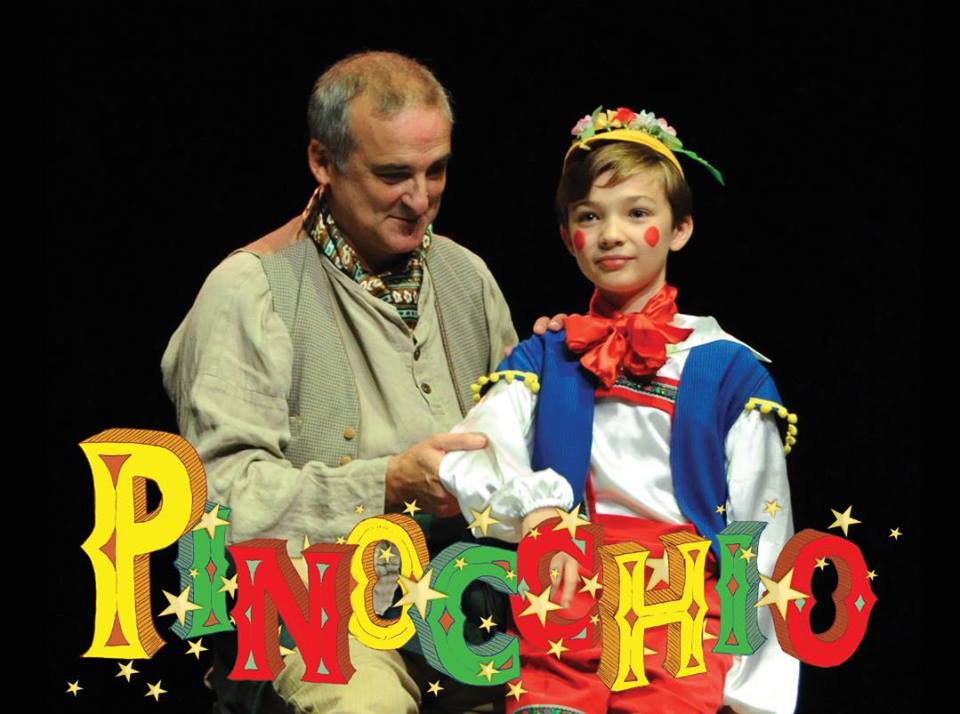 When I was taking my two young children on the bus to Falmer to see Pinocchio, I feared the worst. It was almost their bedtime, their eyes were drooping, they were yawning and I really thought they might fall asleep halfway through.

But I needn’t have worried – by the end of the show, they were both bouncing off the walls with excitement and exctedly talking about their favourite bits all the way home.

This was the second pantomime by James Weisz’s company we’ve seen, and like last year’s Beauty and the Beast, it joyfully incorporates all the favourite pantomime elements with enthusiasm only matched by the young audience.

This year, the cast have been joined by members of The Circus Project who became part of villain Signora Circo’s circus team, dancing with hoops and aerial silks both during the circus scenes and to accompany a handful of the songs.

The small core of professional actors, including Pip Henderson as Signora Circo, Carly Day as Jiminy Cricket, Gina Cameron as the Good Fairy and Mark Katz as Gepetto, are joined by a team of young performers who provided an impressive chorus.

The lead is split between three child performers who are each taking on 10 performances in the 30-show run. They are Fleur Aston, 13, Cooper Snow, 10, and Frankie Milward, 10.

The script provided a neat mix of jokes aimed more at the adults (sweets made of vegetables being popular with Hanover parents), appalling puns (spilt alphabetti spaghetti spelling disaster) and slapstick for the youngest members of the audience.

George, six, said: I liked the bit when the baddie was sneaking up behind them and they were singing ten green bottles, espcially the bit at the end when Jiminy Cricket turned around and screamed.

“And I liked the bit at the end when they were singing the Music Man and we had a competition to decide which of the audience was the loudest.”

Lauren, five, said: “My favourite bit was when Pinocchio got stuck in a cage and Signora Circo kept on taking her again and again. She saw the fairy and the fairy boomed him out.”

“And I liked it when the Good Fairy changed the red baddie into a goodie at the end.”