A fall in the number of children living in Brighton and Hove could have a significant effect on the city’s schools, a councillor warned yesterday. 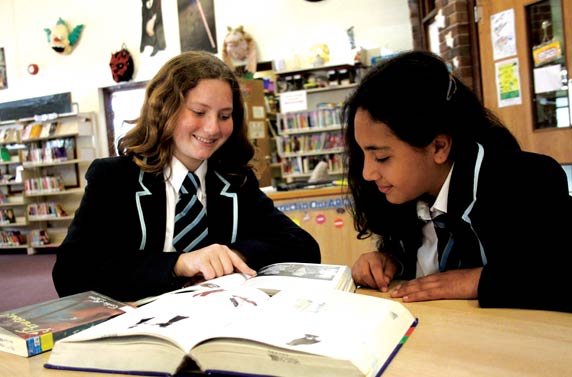 The latest available figures from GP surgeries show there are now 222 fewer primary aged pupils are recorded as living in the city and registered with a GP surgery as the year before, down from 22,122 to 21,900.

There are also expected to be 43 fewer pupils starting primary school in September 2019 than previous projections anticipated, with 2,597 now anticipated.

And 341 pupils have left the city’s schools between October 2016 and October 2017, 163 of whom started year seven last September.

The figures were included in a report on school catchments to yesterday’s children and young people committee, which recommended no changes being made to next year’s secondary school admissions.

Labour councillor Caroline Penn said: “A lot of parents were talking about to us the fact that we are building here and we are building there. But what really concerns me is the number of families we are losing from the city

“This is the first time really it’s shown up in the data but anecdotally we’ve all spoken to families and friend who are moving to Shoreham, Worthing and down the coast because it’s significantly cheaper.

“If this isn’t a one off but a long term trend it will have a significant impact on both our primary and secondary schools.

“Perhaps in the future we’l be glad we didn’t go ahead with the free school because we are losing more and more families.

“I think it’s a terrible situation and I really hope we can do something about it and stop losing families, many of them who are born and bred in the city.

“It seems that the 5,000 Down From Londons aren’t coming with children of school age or children at all.

“I really hope that we can do something about this, cross party and look as a council how we address losing families from the city.”

The reduction in projected pupil numbers, combined with an offer from Dorothy Stringer, Varndean and Blatchington Mill to take on extra pupils, led to the Labour administration withdrawing its support for a new school.

Chair of the committee Cllr Dan Chapman said: “I believe it’s a risk to some of our schools were another secondary school to open. But we will continue to discuss this further at the cross party working group.”

Director of the city council’s children’s and learning services Pinaki Ghoshal said: “I’ve been in discussions with both the University of Brighton [which was to sponsor the new school] and the NHS Trust [who own the Brighton General site on which the council hoped the school would be sited] last week.

“The University was disappointed that the original proposals to change the catchments were not recommended to go ahead and with the position of the administration of withdrawing support.

“However, they did understand that the numbers of children have changed, both the increase in offers from other schools . . . and also the reduction in the projected number of children.

“In relationship to the owners of the Brighton General site, we have had numerous discussions with the NHS Trust around using part of that site for the school.

“They had a concern around the difficulties of putting the school on that site although we were continuing to have those discussions.

“Whether or not there’s a school on the site or not doesn’t affect their overarching plans for the site which is to maintain a health hub and to sell part of the site for development which probably will be housing, although that’s not a decision they’ve yet made.”

Green councillor Alex Phillips said: “We’re concerned about communal areas and dining areas [at the schools taking on more pupils] and especially toilets because we know there’s a problem with the toilets anyway.

“Clearly something has gone wrong for those secondary schools to come forward at the last minute and provide a solution when we were told there was no solution.

“We have wasted a lot of time and probably money and caused anxiety for parents. We need to have a report looking at what went wrong this time and not do it again.”

Conservative councillor Nick Taylor said: “It’s understandable that members of the administration will line up one by one to paint a rather positive picture of this consultation as if it’s a rather intriguing and interesting academic exercise to test the waters and come up with an acceptable solution as and when.

“That view is complete nonsense. For a start the idea that you’ve listened to parents seems quite interesting. Really, the only parents you’ve listened to is those with certain sharp elbows in Wish, parts of Withdean and Hanover as well.

“But of course you haven’t listened to people in the BACA catchment who petitioned the council that they are very concerned about their school.

“We’ve heard before about BACA wanting to have enough students to be able to expand its curriculum, to be able to give the education that people in that catchment quite rightly deserve.”

“We could have saved a lot of time and worried. People in my ward, Withdean, feel they’ve been led up the garden path.

“Now we’ve got a situation where even in the report it says those schools didn’t want to offer extra classes because of concerns over capacity and size.

“I can tell you as the councillor representing the Varndean campus that those playing fields are chock a block. If those extra classes don’t happen, we’re going to be in very interesting waters indeed.”

Mr Ghoshal said that the schools had previously indicated that they couldn’t take more pupils. He said: “On this matter there has been dialogue for quite some time around a longer term solution.

“I wouldn’t like to speculate as to why schools came to that view, but prior to the consultation that was not their view.”

Head of school organisation Richard Barker said that the council had been in recent discussions with the school about the extra classes, and was confident they could be provided if agreed.

Varndean’s request to permanently increase its intake was noted and will be decided at a later date. No decrease in intake will be made a Benfield Primary or Hertford Infant Schools.