Staff may go on strike if councillors vote to transfer them from the Royal Pavilion and Museums to a newly created cultural trust.

A decision is expected this evening (Thursday 25 January) on whether Brighton and Hove City Council will push ahead with the move.

The GMB union said that “strike action looms” unless the plans to move staff out of council control were halted.

If the council’s Policy, Resources and Growth Committee backs the proposal though, dozens of staff will be sent ballot papers to vote on whether to go on strike.

The newly created trust would effectively merge with the Brighton Dome and Festival to create a single as yet unnamed cultural trust.

GMB Southern said: “GMB members and staff have collectively condemned Brighton and Hove City Council’s proposed transfer of staff to Brighton Dome and Festival Ltd, gifting control of some of the city’s most famous cultural sites and collections, including the Royal Pavilion, Brighton Museum and Art Gallery, Hove Museum and Art Gallery, Preston Manor and Booth Museum collections of art and history, into the private sector.

“GMB will undertake a consultative ballot of members if, on Thursday 25 January, the Policy, Resource and Growth Committee endorses the recommendation by officers to unilaterally award the contract to the Brighton Dome and Festival Ltd.”

The union said that the original trust proposal was intended to be a two-step process but the council now wanted to create the cultural trust and transfer staff to it in one step.

The union said: “This will commence a process aimed at seeking support for direct industrial action by concerned members of staff against their current employer Brighton and Hove City Council to reverse the decision.

“This decision by Brighton and Hove City Council would potentially see museum services diminished and jobs put at risk and/or pay cuts along with the creation of a two-tier workforce pay structure with Brighton Dome and Festival Ltd with their being a non-signatory to the Brighton or real living wage pay structures.”

Two weeks ago the council agreed to delay the changes by three months to allow for more staff consultation.

The council said: “The new trust will maintain the same roles, terms and conditions of staff within the Royal Pavilion and Museums, with a commitment to value their expertise, experience and enthusiasm for the work they do so well.”

The Labour council leader Warren Morgan said: “Having reviewed the alternative options for this service, I am more confident than ever that the proposals represent the best way to secure the future of our museums, our collections and, of course, the Royal Pavilion, for future generations of residents and visitors, and to provide a more sustainable future for our highly valued staff as we move into a new period of huge financial uncertainty.

“I am determined not to let our Royal Pavilion, our museums or the people who work there to be put at risk and I wouldn’t be standing four-square behind this new trust if I didn’t believe it was the best way to avoid that.” 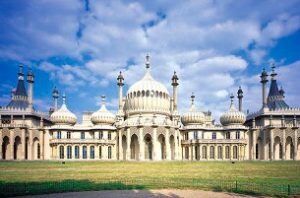 Other trusts across the country have succeeded in increasing attendances and raising their own income, the council said.

As standalone charitable trusts, they qualify for grants that are not available to local authorities like the council.

Councillor Morgan added: “We are putting in place a programme of staff engagement to make sure that we explain clearly what the alternatives are that have been considered and why we have reached this conclusion.

“The programme will enable staff to become more involved in the vision and operational delivery of the new arrangements and to continue to have their voices heard.

“I’ve asked that staff are involved at all levels in the new trust to ensure this is the case moving forward.

“I have proposed to trade unions that we work together in advance of the transfer date of (Sunday) 1 July to establish commitments within the contract with the trust to ensure that staff expertise lies at the heart of the new organisation and that any concerns they have are given proper consideration.

“I welcome a positive dialogue with staff and trade unions to make this project a success.”

But the GMB branch secretary Mark Turner said: “The original proposal by the council in January 2017 saw them approve the establishment of a charitable trust for arts and culture in Brighton and Hove into which the Royal Pavilion and Museums would move in April 2018, with the transfer to Brighton Dome and Festival Ltd only being described as a possible roadmap or future step or merger of the two trusts to establish a single ‘cultural trust’ for the city within four years of the charitable trust being established.

“This left staff expecting to have discussions on the details and timescales of both stages of the proposal but with the council having now without warning or meaningful consultation unilaterally changed direction, instead we are looking to simply transfer staff and management services straight to the Brighton Dome.

“This is being seen as a more accurate reflection of the council’s wish to simply rid themselves of any connection to what is considered by many as the heart of the city’s cultural quarter and has angered staff to simply believe and state that they now wouldn’t trust the council or anything their officers say and that everything should be off the table with the status quo remaining as is.

“Having recently met or heard from the majority of the dedicated Royal Pavilion and Museums GMB members and staff, I’m left in no doubt that they are both angry and appalled by the way they have been treated by senior management and the council’s executive management team.

“The lack of engagement and consultation with them and us as a union on this sudden change of direction by now proceeding with a one-step approach, unilaterally giving the Brighton Dome and Festival Ltd the contract without open competition, is a breach of procurement rules and European directive.

“They feel excluded from having any real input into the future of the Royal Pavilion and Museums and the impending consequences of transferring out the public sector and how it impacts upon the level of support and services they will be able to provide visitors at Brighton’s museums into the future. 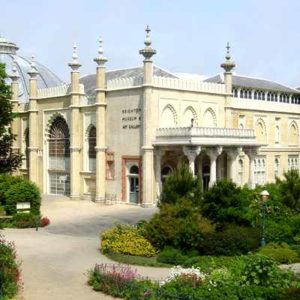 “The Dome will only be interested in looking to create a more direct profitability approach to maintaining services at Brighton’s heritage and culture centres for the city and its visitors and, to do so, that normally means changes to the most valuable resource within any organisation – its staff.

“As always during this type of outsourcing or privatisation of services, staff will almost certainly at some time face the threat of possible job cuts and detrimental changes to pay, terms and conditions by an employer who disgracefully refuses to even sign up to the Brighton or real living wage pay rates.

“The GMB ballot will open if, on Thursday 25 January, the Policy, Resources and Growth Committee endorses the officer’s recommendation.

“And should the result support doing so, we will then contact Electoral Reform Service to carry out a ballot for industrial action which could see Royal Pavilion and all of Brighton’s museums closed some time in early spring and summer as staff look to walk out to protect Brighton’s past for the future.

“The GMB calls upon Councillor Warren Morgan and the Labour minority administration to withdraw the item on the Policy, Resources and Growth Committee agenda to allow for meaningful negotiations with us and the workforce to resolve this impasse for the interest of staff and the city.”

The committee is due to meet at Hove Town Hall, starting at 4pm. The meeting is open to the public.